An immense mausoleum of white marble, built in Agra between 1631 and 1648 by order of the Mughal emperor Shah Jahan in memory of his favourite wife, the Taj Mahal is the jewel of Muslim art in India and one of the universally admired masterpieces of the world's heritage. 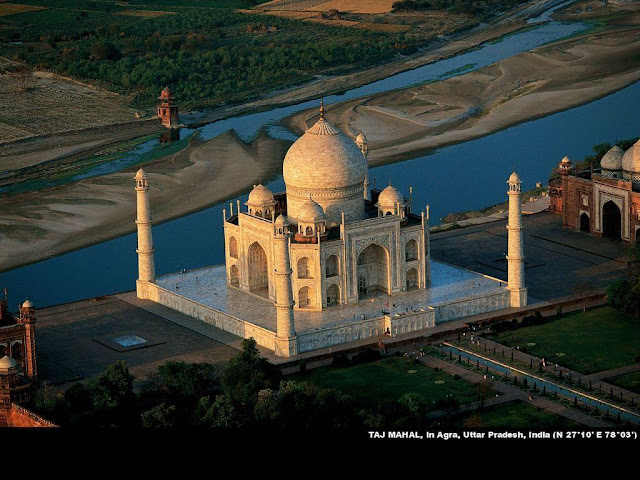 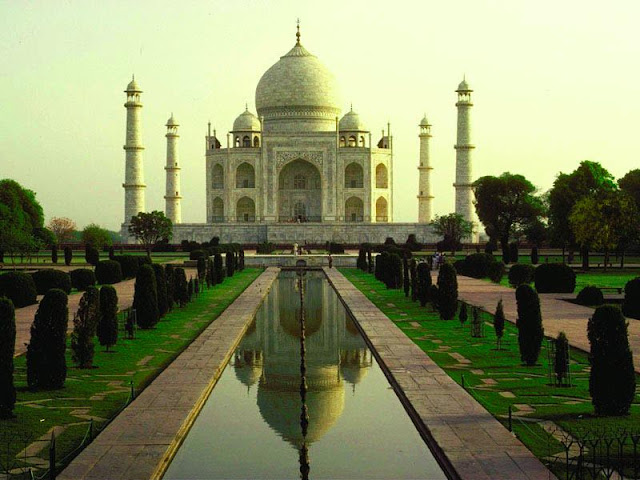 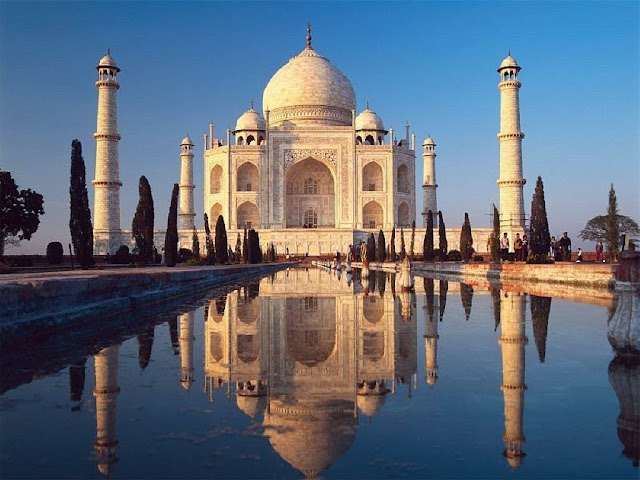 History Of Taj Mahal
For centuries, the Taj Mahal has inspired poets, painters and musicians to try and capture its elusive magic in word, colour and song. It is one of the most flawless architectural creations of the world. Since the 17th century, travellers have crossed continents to come and see this ultimate memorial to love, and few have been unmoved by its incomparable beauty.

Taj Mahal stands in the city of Agra, in the northern Indian state of Uttar Pradesh, on the banks of the Yamuna River. It was built in the memory of the beautiful Arjumand Bano Begum, who won the heart of a Mughal prince. She was married at 21 to Emperor Jahangir’s third son Prince Khurram and stayed loyally by his side through good times and bad: in the luxurious royal palaces of Agra as well as the transient tents of war camps.

Taj Mahal Agra
In 1631, Shahjahan went on an expedition to the south and, as always, Mumtaz Mahal accompanied him. But she died in childbirth at Burhanpur. She had borne Shahjahan fourteen children, of whom four sons and three daughters survived. When Mumtaz Mahal died, she was just 39 years old. Shahjahan was inconsolable and contemporary chronicles tell of the royal court mourning for two years. there was no music, no feasting, and no celebration of any kind.

Epitome Of Love -Taj Mahal
Shahjahan, who was a passionate builder, now decided to erect a memorial to his queen in pristine marble that the world would never forget. The site selected for the tomb was a garden by the Yamuna river, unshadowed by any other structure. The garden had been laid by Raja Man Singh of Amber and now belonged to his grndson, Raja Jai Singh. By a royal firman, Shahjahan gave Jai Singh four havelis in exchange for the garden. The site was also chosen because it was located on a bend in the river, and so could be seen from Shahjahan’s personal palace in Agra Fort, further upstream.

Construction Of The Mausoleum - Taj Mahal
Work on the mausoleum began in 1633 and 20,000 workers laboured for 17 years to build it. The most skilled architects, inlay craftsmen, calligraphers, stone-carvers and masons came from all across Indian and lands as distant as Persia and Turkey. The master mason was from Baghdab, an expert in building the double dome from Persia, and an inlay specialist from Delhi.

Yemen sent agates, the corals came from Arabia, the garnets from Bundelkhand, onyx and amethyst from Persia. Mumtaz Mahal’s final resting-place was ornamented like a queen’s jewel-box.


How to Reach Taj Mahal

Indian Airlines (Domestic Airline in India) runs daily flights from Delhi to Agra. Kheria Airport (Airport of Agra) is about 6 km from the Agra city centre and is easily accessible by taxis and auto-rickshaws at nominal rates.

Express bus services (a/c and non-a/c) are available from Delhi, Jaipur, Lucknow, Gwalior, and Jhansi. For those driving to Agra, the distances are: