Varanasi Tourist Information: Image showing the architecture surrounding the Pravag GhatKnown by many as the city of Lord Shiva, Varanasi is a very holy and religious Hindu Indian city, with much to offer is steady stream of pilgrims and tourists. Much of its undeniable and quite unique character is provided by the River Ganges (Ganga), which winds its way through Varanasi and its lined with places of interest.

Countless gorgeous 'ghats' flank the banks of the Ganges, and these stone steps lead down to the river itself, where locals regularly bathe and perform the most intimate of traditional Indian rituals, in full public view, particularly to those enjoy a boat trip close by. Tourist information is widespread in Varanasi, with the India Tourism Office being located along the Mall and at Babatpur Airport, and the UP Tourism Office at the Tourist Bungalow, which can be found on the Parade Kothi and next to the Varanasi Junction train station. 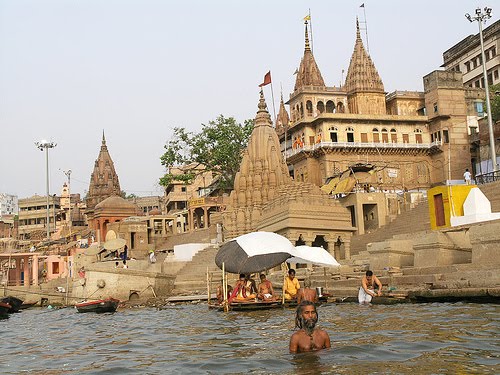 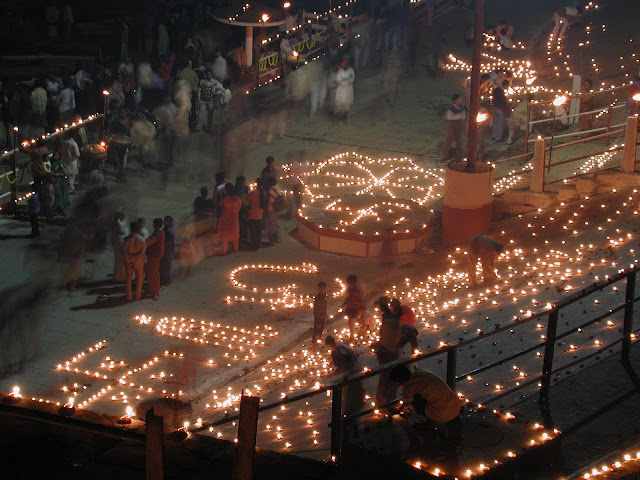 Varanasi Tourist Information: Top Varanasi Sights
Any number of tourists who have visited Varanasi in the past will tell you that you simply must take a stroll along the River Ganges and explore the innumerable ghats. The Assi Ghat is especially popular with tourists, being home to a number of good local shops. More attractive is the Bachraj Ghat, where you can marvel at no less than three magnificent Jain temples, while the Shivala Ghat is especially impressive, being built by the Maharaja of Benares. Alternatively in Varanasi, early morning river cruises offers the ultimate way to sightsee with ease, with the boats often being nothing more than large rowing boats, capable of holding just a handful of passengers. More information about Varanasi Tourist Attractions. 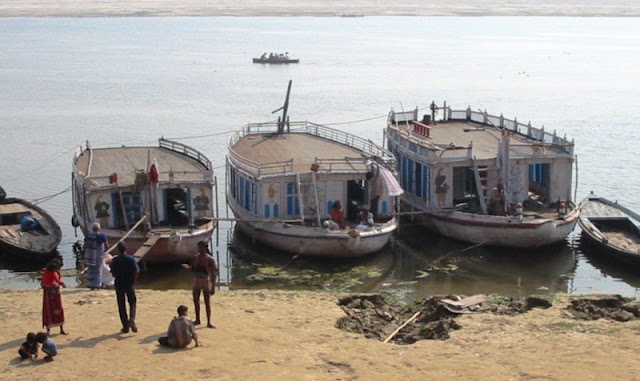 he main landmarks shaping the overall appearance of Varanasi are its plentiful grand temples and these tend to be strategically positioned close to the main ghats. Especially popular in the city it the Vishwanath Temple, which is often known as the Golden Temple, since the tower is covered in real gold. Also of note in the Nepali Temple and the Durga Temple, where you are very likely to see some monkeys playing around. Varanasi is also home to the highly acclaimed Benares Hindu University, which has become an important landmark in its own right, dating back almost 100 years.

ourists wishing to learn more about Varanasi should pay a visit to some of its museums, where you will quite likely get 'information overload'. The Bharat Kala Museum is a good place to start and this attraction is actually located within the university campus. Nearby and on the outskirts of Varanasi, both the Sarnath Archaeological Museum and the Ramnagar Fort Museum come highly recommended, being full of historic artefacts and ancient Indian Buddhas. 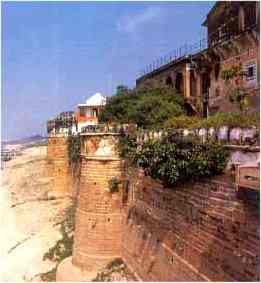 Should you wish to explore Uttar Pradesh more fully, there are many attractions relatively close to Varanasi, linked by regular buses and trains. Allahabad is one city likely to be of interest for pilgrims at least, being home to a sacred area known as 'Sangam', along with a number of tombs and a Mughal fort. Patna is much closer to home and lies alongside the very border to Uttar Pradesh, in the neighbouring Indian state of Bihar. Also near to Varanasi are the towns of Gorakhpur and Kushinagar, while further afield, Agra and its breathtaking Taj Mahal are not to be missed under any circumstance.

How to Reach Varanasi
By Air: Being an important destination in Uttar Pradesh, the city of Varanasi has an airport. Many public and private airlines operate regular flight service to Varanasi from important cities of India namely Delhi, Mumbai, Khajuraho. One can also reach Varanasi directly from Katmandu.

By Road: Varanasi is connected to many key cities in India. Kolkata, Delhi, Bangalore and Chennai are well linked to the city by Road.