Puducherry, or Pondicherry as it was known till 2006, is a famous tourist destination in South India. A very interesting point about Puducherry or Pondicherry is that while three of its districts are located on the east coast, the fourth, named Mahe is located on the west coast. Puducherry is the best known among these four districts and is the center of tourism in this Union territory. The city has many beautiful colonial buildings, churches, temples, and statues, which, combined with the systematic town planning and the well planned French style avenues, still preserve much of the colonial ambience. The tourist attractions in Puducherry include some of the best known monuments, and buildings of south India on the west coast. Tourism in Puducherry is growing at a steady place and the city is a popular weekend destination that can be approached easily from the nearby cities.
Major tourist attractions in Puducherry:
Sri Aurobindo ashrama: Sri Aurobindo was a greatly respected freedom fighter and philosopher who settled in Puducherry and established this Ashrama in 1920. His philosophy and teachings found many followers here, and this Ashrama became one of the centers of vedic and philosophical studies. The place is a peaceful community developed over the years by the active participation of members that include people from all countries, casts, and communities. The ashrama is a great example of unity in diversity and promotes world peace in a very subtle way, emphasizing on the learning of world religions. The ashrama is also known for the samadhi (memorial) of Sri Aurobindo and Sri Ma (mother). Besides, there are farms, gardens, cottage industries, library, and various other manufacturing units that cater to the day to day requirements of the ashrama. 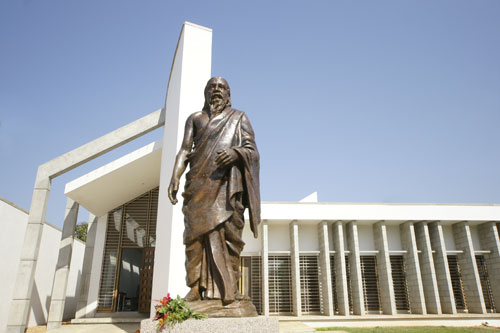 Auroville: This unique venture is a city located close to Puducherry and is considered to be among the tourist spots in Puducherry. It was started in 1968 under the supervision of ‘mother’. It has been visualized as a universal town where people from all cast, creed and community will live in peace and harmony. Work is still going on, and many countries have shown interest to participate in the venture. 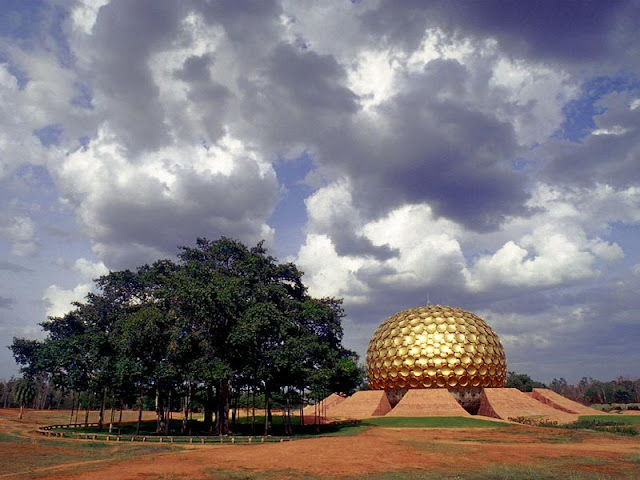 Puducherry museum: This museum exhibits interesting artifacts related to the history of Puducherry that goes back to the 1st century AD. The most interesting exhibits are the Roman articles discovered at Arikamedu. The French section showcases the history of French colonization in Puducherry. The museum also has a nice collection of sculptures, paintings and sea shells. The colonial structure is one of the important places to visit in Puducherry. 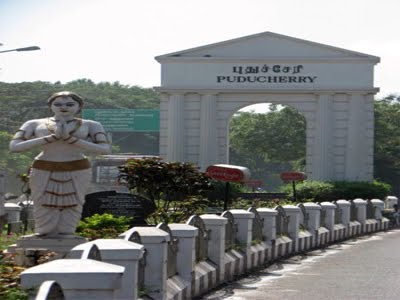 Promenade: This is one of the most visited parts of the city and major tourist attraction. The 1.5 kilometer long stretch faces the Bay of Bengal and offers a wonderful getaway from the daily chores, to the locals and tourists alike. The statue of Mahatma Gandhi and a War memorial are the important things to watch here. 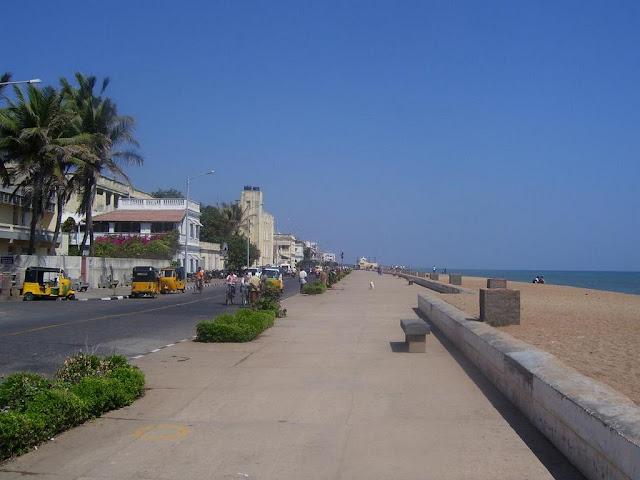 Chunnambar Resort: This place is known for its fantastic beach and the water sports opportunities. This is one of the most popular tourist spots in Puducherry. 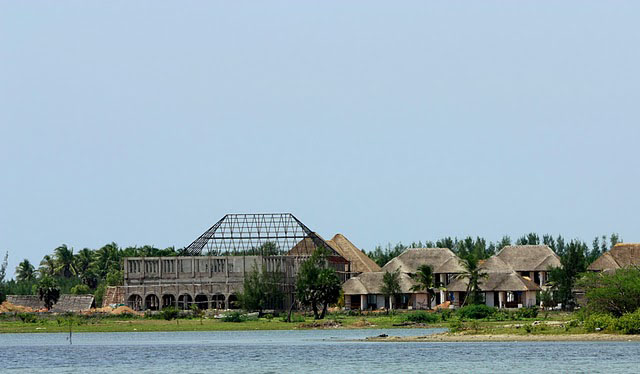 Anglo - French Textile mills: This is a historic place and must be visited as part of the historical tour of the city. The fabrics manufactured at this mill are still known for their quality and tourists are given rebates on purchases here.
There are numerous other tourist attractions in Puducherry. These include the Sacred Heart of Jesus Church, Bhartidasan Memorial Museum, the botanical garden, and the mansion of Ananda.
Climate and Clothing
Puducherry usually has a year long hot and humid climate. The summer temperatures may cross 40 degrees in May or June, but usually the temperature remains between 26 – 38 degrees Celsius. During this season, light colored cotton clothing is advised. Hats, caps, sun screens, and lots of drinking water are must for tourists this during this time. The winter season starts from November and this is the best time to visit Puducherry. The temperature hovers around the 30 degree mark, while the north eastern winds bring in light showers. Nights are cooler and offer the best possible weather for a walk around the streets or along the peaceful beach. The monsoon arrives here during July- august. This is also a nice time to visit Puducherry. Umbrellas, raincoats and slippers come in very handy during this period.
How to Reach Pondicherry
By Air: Pondicherry does not have any airport with in its boundary. But it lies very close to Chennai, which has an international airport. Chennai is accessible from all over the country. Almost all public and private airlines operate regular flights to and from Chennai.
By Road: A good road network, originating from National Highway 45, covers Pondicherry. The most convenient way to Pondicherry is either from Chennai (150kms) and Bangalore (320kms).
By Rail: The nearest railhead is Villupuram (36 kms), which is connected to Chennai and Madurai / Trivandrum. One can also take a train from Bangalore to Cuddalore and then reach Pondicherry by road.
Next Post Previous Post
Pondicherry