Medak is endowed with archaeological treasures. In ancient times it was a teeming metropolis of Buddhist culture as revealed by several archaeological excavations. The main landmark of Medak is the church. Standing firm and awe inspiringly tall amidst sylvan surroundings, the church dominates the skyline beckoning the faithful. Built on an immense scale in solid white granite, the gothic structure is one of the largest and one of the best in the country. It is chiefly known for its large pointed stained glass windows that tell the story of the Bible in blazing colored pictures.
Legend has it that this church was born out of a famine that struck Medak during World War I. Mr. Charles Walker Posnett, a dedicated English missionary from England, was posted as the Reverend of Medak which was reeling under an unprecedented famine that continued for as long as three years. Hundreds of families approached the Reverend for food and blessings. Their pathetic condition moved him and he provided them with enough food. AS an act of thanks giving to God who helped him provide sustenance for the starving people of Medak, he proposed building a church. The grateful inhabitants of Medak instantly accepted the proposal. Thus with the labour of love from those simple peasants, the church rose. Started in the year 1914 it was built continuously for ten years. It was consecrated in 1924 during Christmas.
With its massive dimensions the church can accommodate as many as 5000 people. It’s bell tower rises to a height of 175 feet. The church has an impressive style of vaulting and large painted stained glass windows, the most fascinating feature of the Church. They serve as a picture book of the Bible artist; Sir O. Salisbury took 40 years creating this work art at his studio in London. The pictures glow vibrant and lifelike. Each window is made up of several bits of painted glass, which has been glued into a single piece and then delicately set into the stone windows. The window to the north, which offers a canopy to the altar, is the most moving. It depicts the scene of ascension of Jesus-towering above the altar- dwarfing everything, Jesus ascends to heaven. The other two windows decorating the east and west façade depict the scenes of the birth of Jesus and his crucifixion. The colour spectrum produced by these windows inside by the early and late afternoon sun is beautiful and beyond all description. With its immensity and beauty, this century old church stands out as one of the finest examples of Gothic architecture in India. 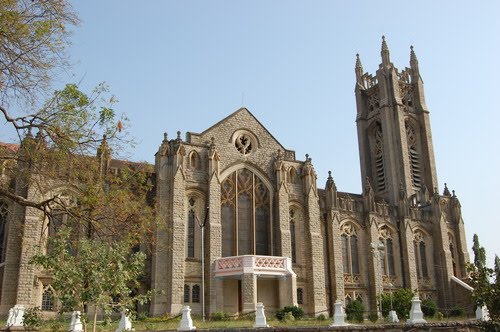 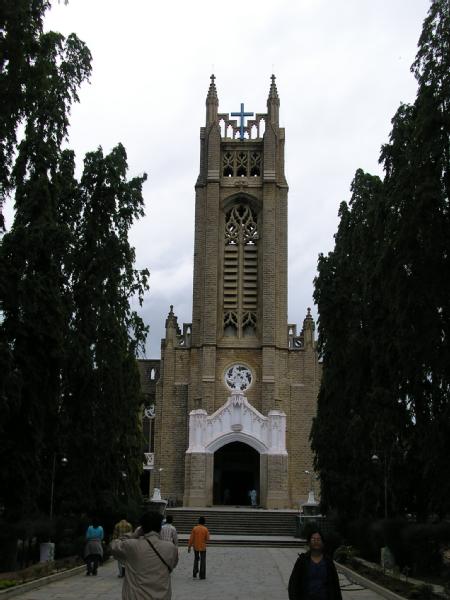 How to reach Medak Church
By Air : The nearest airport to Medak is Hyderabad at a distance of about 100 km.
By Rail : Kamareddy is the nearest railhead to Medak at a distance of nearly 60 km. Hyderabad is 100 km by road.
By Bus : Medak is well connected by States buses from Hyderabad, Sangareddy, Nizamabad, Karimnagar, Warangal, and Siddipet.
Medak Church Videos
CSI MEDAK CATHEDRAL