The district consists of the mainland Ernakulam, the Islands of Willington, Bolgatty and Gundu, Fort Cochin, Mattancherry and Vypeen Island- all linked by ferry and some by bridges.Ernakulam Almost all historical sites are in Fort Kochi or Mattancherry. The golden beaches, coconut palm corridors, backwaters, historical monuments at Cherai; the palace and the lush green golf course at Bolgatty; the cantilevered Chinese fishing nets all leave a lasting impression on visitor's minds. Kochi also has numerous monuments and locations that speak of the land's early connections with Europe. One of the most important tourist spot is the Jewish Synagogue at Mattancherry. Carvings of Old Commandments and Chinese codes can be seen in the synagogue constructed in 1568. Visit to some of the palaces that were once abode of the royalties of the Kochi province would give more than a taste of life and architecture of that age. The collections at the many museums and galleries at Kochi are definitely any collectors delight. It also has many famous distinctively constructed churches and a few known temples. Cochin Carnival [December 2nd Sunday to the New Year Day] and Aluva Shivarathri festival celebrated here attract tourists from all around the world. The lighthouse and Palliport Fort at the Vypeen Islands; the artificially constructed Willington Island are other attractions. A relatively new attraction that Kochi now boasts of is Veegaland, the grand amusement park set in the gorgeously idyllic environs, at Pallikkara. One of the most amusing and unique experiences that Kochi offers is a visit to the Elephant training centre at Kodanadu.
Places to see in and around Ernakulam
Mattancherry Palace (Dutch Palace): The palace built by the Portuguese as a gift to the king of Cochin, is a wonderful treat for travelers with historic interest. The Portuguese designed oriental style double storied quadrangular monument of 1555 A.D, later the abode of the royal Cochin rulers-this is a perfect place to appreciate cultural influences on architecture . 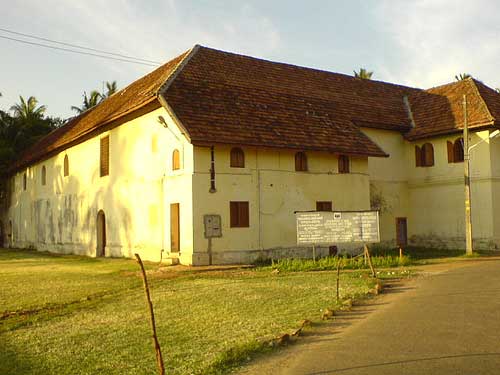 Jewish Synagogue: This is at present the well preserved monument that was constructed by the Jews in late 16th century, raided by the Portuguese and later rebuilt by the Dutch. The synagogue still preserves some ancient religious scriptures. It is so famous a tourist attraction that the surrounding area is known as Jew town. Many antiques are available on sale here and it is also a center for spice trade. 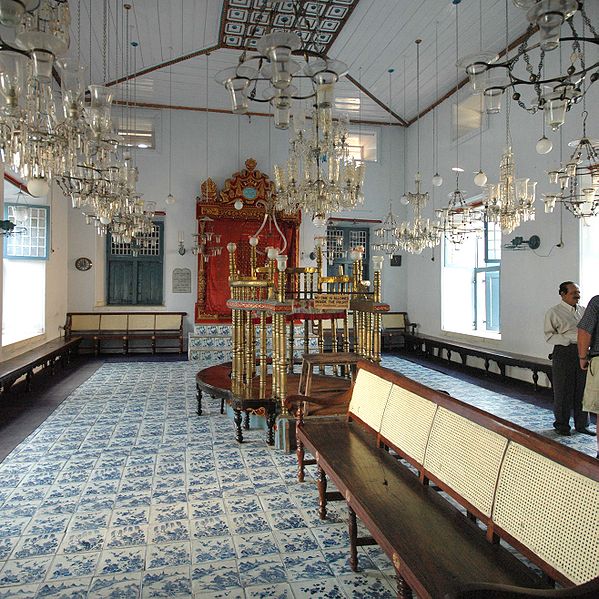 The synagogue is open Sunday to Friday, from 10am to noon and from 3 to 5pm.IST
Bolghatty Palace: This elegant palace is situated away from the hustle of the city, on the Bolghatty Island. The palace that was once used by the Dutch is now well furnished and maintained as a hotel. The island also has a park and golf course. The serene atmosphere and the splendid view from there make it a perfect getaway. Frequent boat service is available from the mainland. 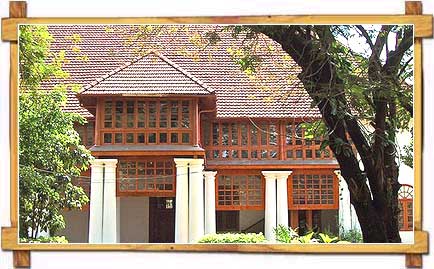 Fort Kochi beach: This is the cultural center at Kochi, here one can find many monuments that stand out as instances that speak about Kerala's history and also of foreign influences on the architecture of the land. Along the beach, one can find the famous fishing nets lined up. These nets are replica of those used during the times of Chinese ruler Kublai Khan. Kochi is the only place in India that you can spot these. 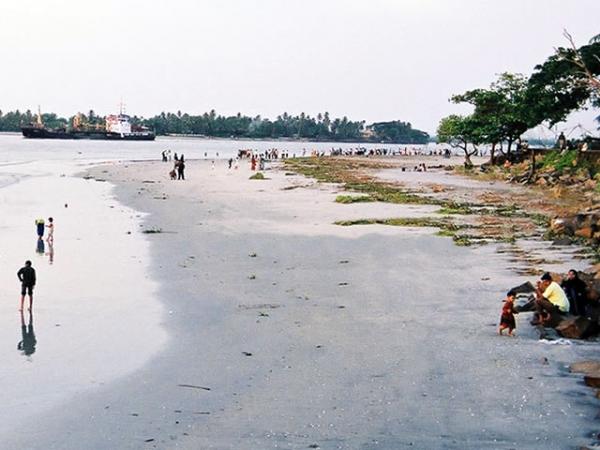 Hill Palace Museum, Thripunithura: The first on the list for those interested in history and archeology, this is now the largest archaeological museum in Kerala and is the official residence of the Kochi royal family. The complex is a reflection of traditional architectural style of Kerala. Full-fledged ethno-archaeological articles and artifacts belonging to the Kochi royal family are all a luxury that the visitors to the place get to relish. In addition there are numerous species of flora including rare medicinal plants around the area, a deer park and provisions for horse riding. 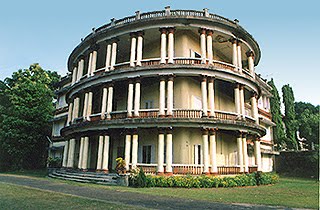 St. Francis Church: One of the priciest historical assets, this church built in 1503 by Portuguese friars is also where Portuguese explorer Vasco da Gama's original headstone still remains. One would also get to see giant rattan fans (punkas) being manually worked by punka-wallas pulling on ropes (during Sunday services). 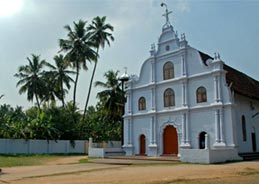 Palliport (Pallipuram) Fort: This magnificent monument is a must see on any visitor's list. It is the oldest European fort built in India. 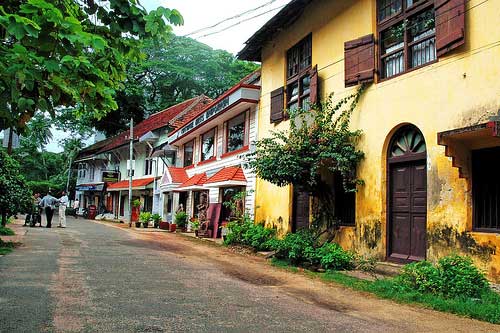 Cherai Beach (42 kms away from Kochi): It is a lovely beach bordering Vypeen Island, with a typical village, paddy fields and coconut groves nearby. It is an ideal spot for swimming and occasionally you could spot a few dolphins. 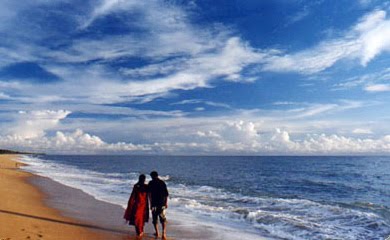 Bhoothathankettu - 50 km north east of Ernakulam town:
Bhoothathankettu is an extremely beautiful location in Kochi that would make an ideal picnic spot. It is a scenic dam along side a vast expanse of thriving forest area. The location also provides irresistible trekking opportunities. There are also boating facilities at the dam site. The famous Bird Sanctuary established at Thatteckaud, in memory of the renowned ornithologist- Salim Ali, is also near by. 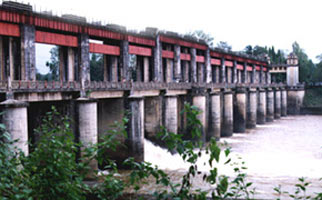 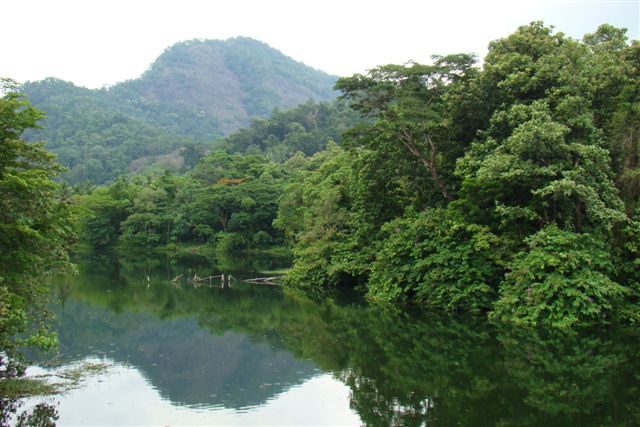 Two of the main irrigation projects of Ernakulam district - the Periyar Valley Irrigation Project and the Idamalayar Irrigation Project - are also located nearby.
Willington Island: A place that has perhaps weaved together the best of the natural and artificial, this is artificial island named after Lord Willingdon, and a British viceroy to India is surrounded by beautiful, calm and serene backwaters. This sweet getaway was created from the soil obtained while deepening the docks at the Kochi harbor. This small piece of land is the headquarters of the Southern naval command and also an important trade center. Cruises along the gorgeous backwaters that surround the island are a luxury anyone would love to indulge in. 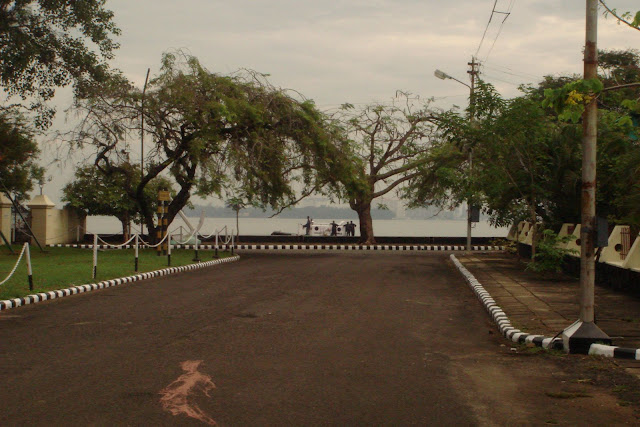 Other Attractions
Mangalavanam Bird Sanctuary and the Museum of Kerala History are other famous attractions in Kochi. This Industrial center is also home for the 2nd largest shipyard in India, and also has plants of Cochin Refineries, Fertilizers and Chemicals Travancore, Hindustan Machine Tools, Indian Rare Earths etc

Road : City bus service, connecting various parts of the city and its adjacent areas. Private buses ply within the district. KSRTC bus station operates services to district headquarters in the state and all major cities in South India.

Water : Islands are connected with the mainland via boat services. Mattanchery, Eranakulam High Court Jetty are the two boat terminals in the city.
Next Post Previous Post
Kerala