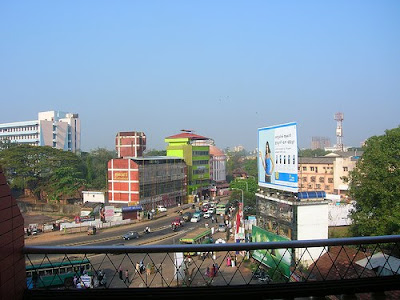 Calicut, the city located at the Malabar Coast is a beautiful city in the Northern part of the state of Kerala. The state has a very rich ancient history, which dates back to the Sangam Age of Ancient Indian History when the Chera dynasty ruled this city.
Science Planatarium of Calicut,Places to see in Calicut, Places to visit in Calicut, Tourist attractions in Kozhikode, Places Near Kozhikode, Events in Kozhikode, Festivals in Calicut However the history of Calicut is not available from the post Sangam Age till the early 9th Century AD, when the second Chera Kingdom rose into prominence. The second Chera rule continued till 1122 AD after which the kingdom was divided into small independent districts. The city has a large number of tourist attractions which include places of worship, beaches, backwaters, waterfalls and museums.
The backwaters are a network of lakes, canals and estuaries and deltas of forty-four rivers that drain into the Arabian Sea. These are a unique feature of the state and is not found anywhere in the world. They are a self supporting ecosystem which connect villages together and are used for local transport. Other important tourist attractions in the city include the following.
Tourist attractions in Calicut

Kappakkadavu Beach: It is one of the most attractive beaches in the city and has taken an important place in the history of the world. It is in this beach that the Portuguese Navigator Vasco Da Gama landed on his discovery of the sea route from Europe to India. This beach is also known as Kappad Beach and is only 16 km from the railway station. 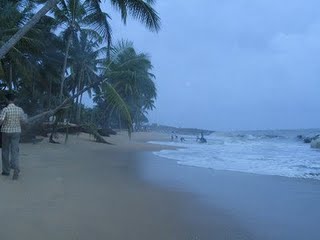 Pazhassiraja Museum: It is a beautiful museum under the State Archaeological Department and consists of ancient coins, models of temples, mural paintings, antique bronzes, dolmenoid cists and other items of archeological importance. There is a beautiful art gallery adjacent to the museum which displays paintings of renowned artists from Kerala. 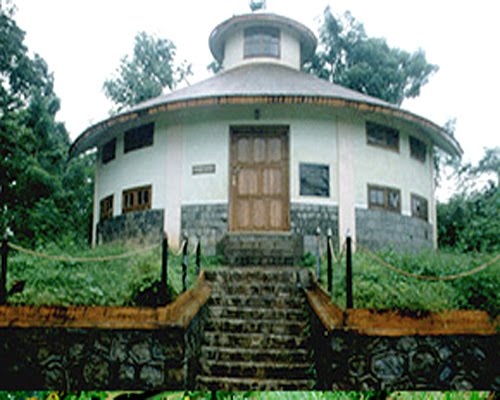 Kadalundi Bird Sanctuary: This sanctuary is the home to about 100 species of resident and 60 species of migratory birds. The sanctuary is surrounded by hillocks and spreads over an area of 3 km at an altitude of 200m above sea level. The ideal season to visit this sanctuary is between December and April. 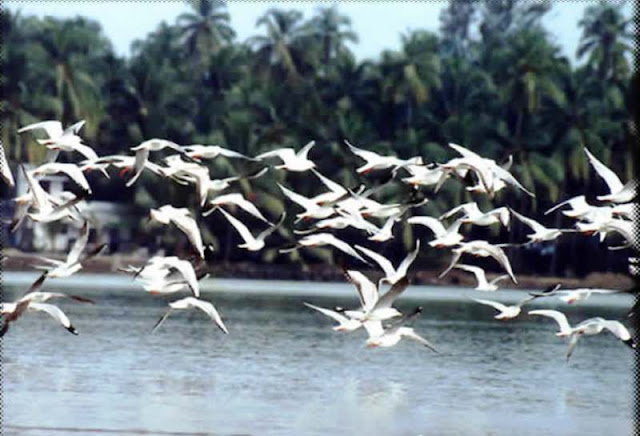 The Thali Temple: This temple is dedicated to Lord Shiva and is an ancient temple dating back to the Zamorin rule. This temple was destroyed by Tipu Sultan and Hyder Ali. However the temple was renovated in the 18th Century and includes shrines of Ganapati, Narasimha and Saasta. 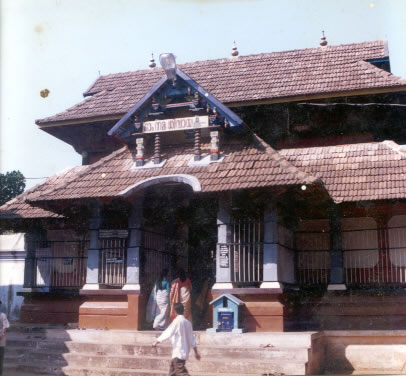 Dolphin’s Point: It is a beautiful place located about a few minutes from the city where one can see dolphin’s playing in the sea in the early morning. 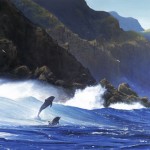 Other important tourist attractions in Calicut include the lighthouse, Sultan Bathery Lion’s Park, Mannur Temple, Jain Temple, Catholic Church, St. Mary's Church, Mother of God Church, Jami Mosque, and Mishkal Masjid.
Best time to Visit
Due to its nearness to sea, the place has a hot and humid climate. Summer starts from March and continues until May. Maximum temperature recorded in the month of May is 36°C and minimum temperature recorded in the month of December is 14°C. Southwest monsoon arrives in the first week of June and average annual rainfall is 254 cm.
How to Reach Calicut
How to Reach CalicutReaching Calicut is very simple as this beautiful city is easily accessible by air, railways and road. If you are traveling to Kozhikode, the information given will be definitely useful for you. Calicut is also known by the name of Kozhikode and most people in Kerala call this place as the latter. So read on further to know how to reach Calicut and know more about getting to Calicut.
By Air: The Calicut Airport is located at Karipur, which is located almost 27 kilometers southeast of the city. There are regular flights from Calicut to other states in India like Chennai, Mumbai, Delhi, Goa and also some other countries like Sharjah, Dubai, Abu Dhabi, Kuwait, Bahrain, Doha and Muscat. Other airports that are located almost near Calicut are at Cochin and Mangalore.
By Rail: The railway station at Kozhikode is located around 16 kilometers from the place and Calicut can be easily reached once you reach the station. There are a number of local as well as inter-state trains that halt at the Calicut station.
By Road: Calicut is connected by a wide network of roads and this place can be reached from anywhere in Kerala and from the neighboring states.
By Srinivasa Rao M a la/s June 07, 2010
Newer Post Older Post