Posted/Updated on June 17, 2010
by Srinivasa Rao M
Halebidu the ancient Hoysala capital houses the ornate Hoysaleswara and Kedareswara temples, and is one of the well visited tourist attractions of Karnataka. Halebidu is located at a distance of 149 km from Mysore and 31 km from Hassan. 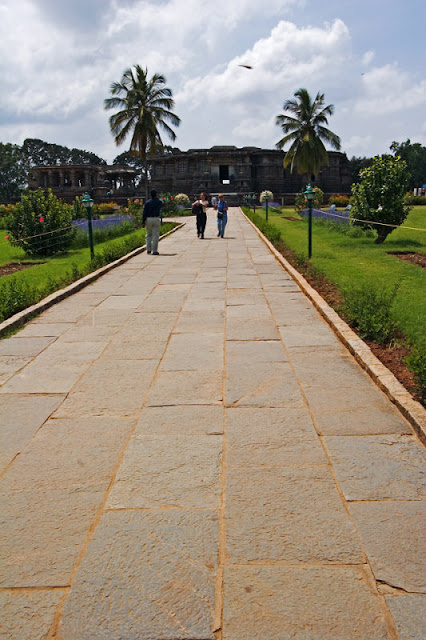 The Hoysaleswara temple dates back to the 12th century CE. It was built by Ketamalla a minister of Vishnuvardhana the Hoysala ruler who also built the Belur temple and the Mahabaleshwar temple at Chamundi Hills near Mysore. Halebidu was sacked by the armies of Malik Kafur in early fourteenth century, after which it fell into a state of disrepair and neglect.
The Hoysaleswara temple enshrines Hoysaleswara and Santaleswara. Hoysaleswara is named after the builder Vishnuvardhana Hoysala and Santaleswara after his wife, Queen Santala. The sancta are built on a stellar plan, with a sukhanasi, navaranga and Nandi Mandapa. Each of these (temples) resembles the Belur Chennakesava temple in plan.
The Hoysaleswara temple is a masterpiece, studded with a profusion of carvings. Thousands of figures appear on its walls. The basement of the temple has the most richly sculptured friezes. Horsemen charge, war elephants charge, all in stone. Scenes from the Ramayana and the Mahabharata add to the grandeur.
Halebid Tourist Attractions
Halebid tours will take you to the exquisite Hoysala temples of Halebid.
Hoysaleshwara Temple: A gem of Hoysala temple architecture, the Hoysaleshwara temple is ornamented with a plethora of exquisite carvings and sculptures. It was built by Ketamalla, a minister of Hoysala ruler Vishnuvardhana, in the 12th century AD. 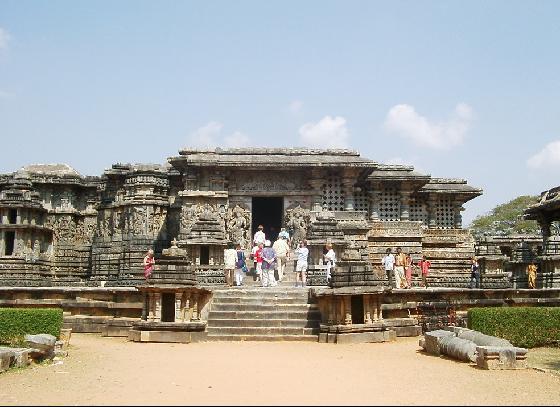 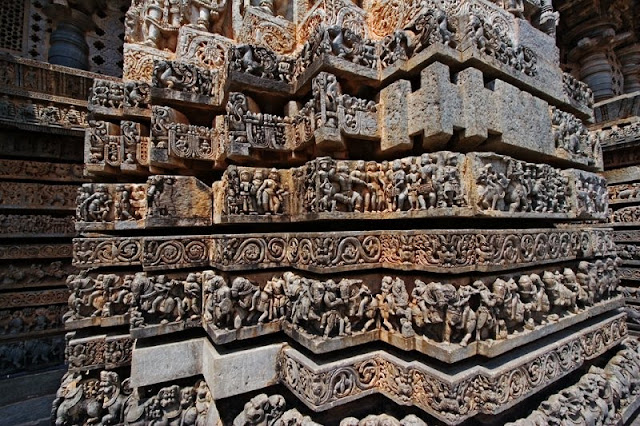 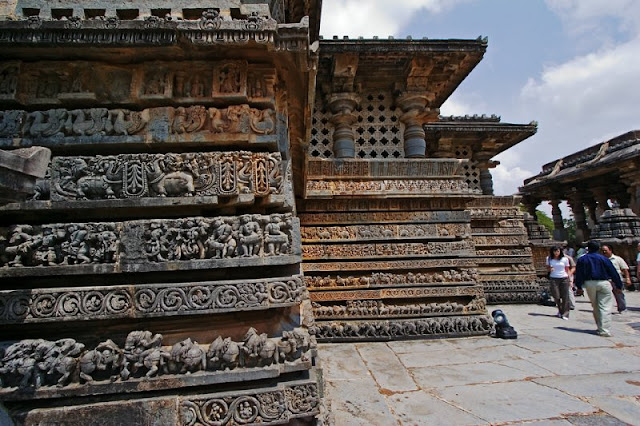 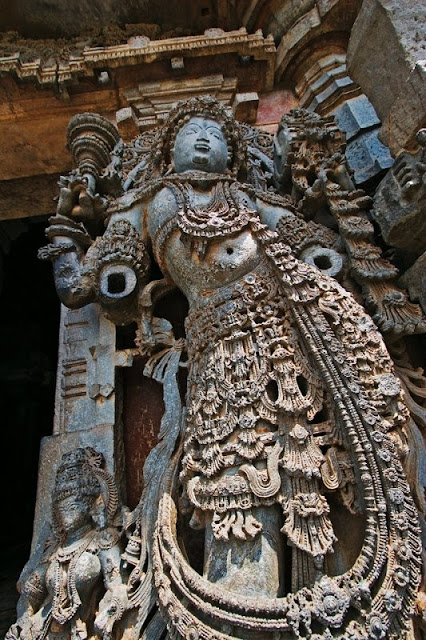 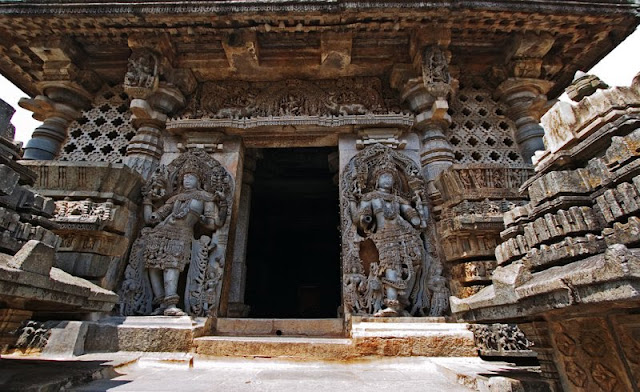 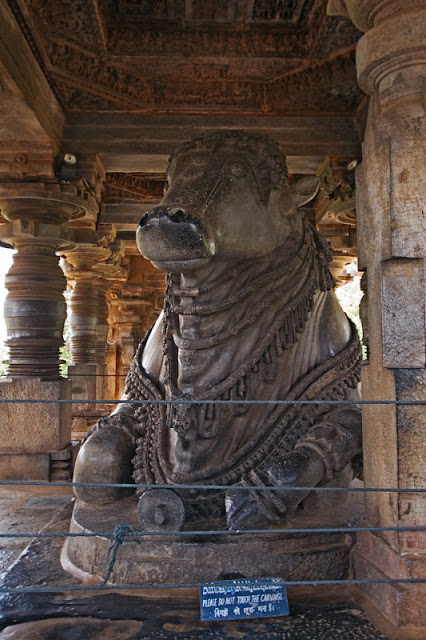 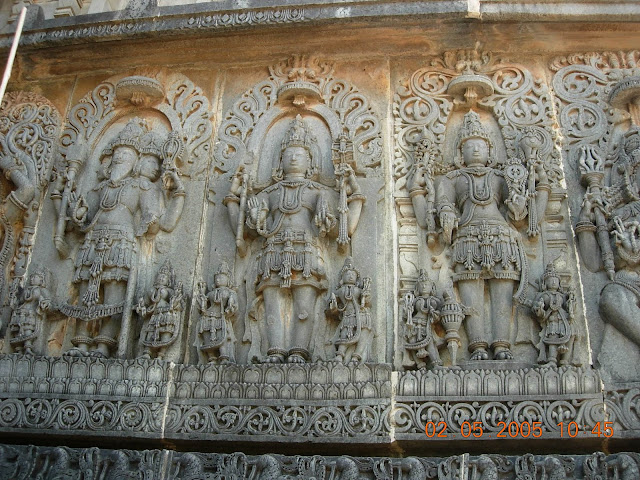 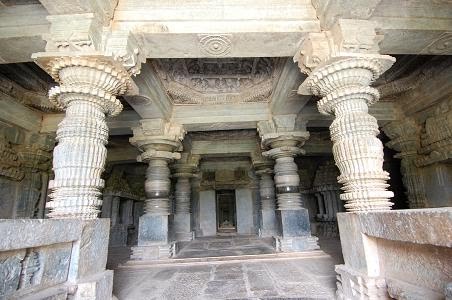 Kedareshwara Temple: Built in 1319 AD by Veeraballala II and his younger Queen Abhinva Ketala Devi, the Kedareshwara temple is a collapsed structure that has not been restored to its original shape. Besides the exquisitely carved walls and the ceiling, the basement of the temple exhibits a profusion of sculptured friezes depicting stories of Ramayana, Mahabharata and Bhagavad-Gita. 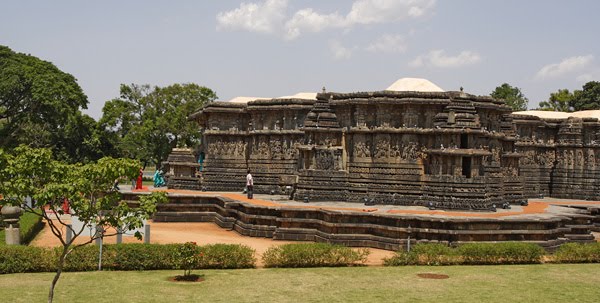 Fairs and Festivals in Halebid
There are no major fairs and festivals in Halebid. However, the Mahamastakabhisheka of the statue of Bahubali in Shravanbelgola after every 12 years is an occasion to remember. The statue is anointed with thousands of pots of coconut oil, yoghurt, ghee, bananas, jaggery, dates, almonds, poppy seeds, milk, saffron and sandalwood during this ceremony.
Location: Hassan district, Karnataka
Must See: Hoysaleshwara temple, Kedareshwara temple, Basadi Halli
Temperature: Max 37°C, Min 24°C (summer); Max 30°C, Min 19°C (winter)
Best Time to Visit: November to February
STD Codes: +91-8177
Languages: Kannada, Hindi and English
How to Reach Halebid
By Air: The nearest airport from Halebid is Bangalore about 226 km from where you can catch flights for major destinations in India like Delhi, Calcutta, and Mumbai from here.
By Rail: The nearest railhead is Hassan about 32 km. It is well connected to Bangalore, Mysore, and Mangalore by regular trains.
By Road: Hassan is the base to travel to Halebid.Hassan is linked with Belur (38kms), Halebid (33kms), Shravanbelgola (50kms), Bangalore and Mysore by road.
By Srinivasa Rao M a la/s June 17, 2010
Newer Post Older Post