Hampi is Situated along the Tungabhadra River approximately 350 km to the north of Bangalore and 13 km from Hospet, the village of Hampi in northern Karnataka – one of the major tourist destinations India, exudes tremendous historical value. Occupying over 25 sq km, Hampi, the one-time trading center is still home to some of the greatest tourist attractions like giant temples, market streets, palaces, and aquatic structures, forts and a plethora of other ancient monuments of historical significance. 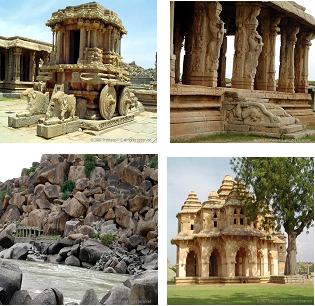 Tourist Attractions in Hampi
Hampi has numerous temples, monolithic structures, figures and monuments – most of them exhibiting rich Hindu architectural culture. Some of them have been discussed as follows:
Virupaksha Temple:
Home to the shrines of Shiva, Pampa and Bhuvaneswari, the 15th-century Virupaksha Temple rises grandly to the western part of the famous 35 yards by 800 yards long Hampi Bazaar area. A 120 feet tall tower greets the visitors at its eastern entrance. 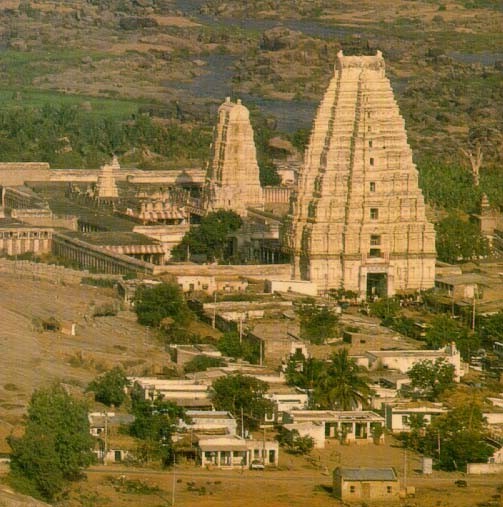 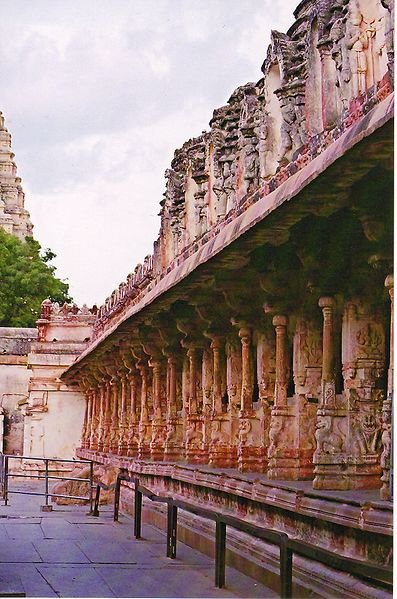 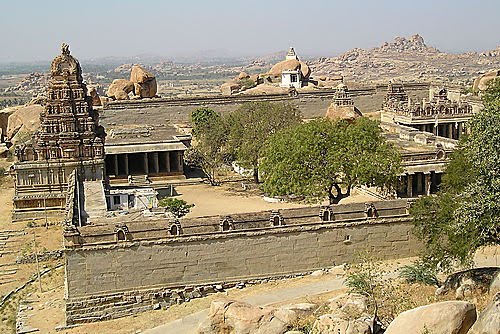 Vithala Temple Complex: The Vithala Temple Complex famous for its 56 musical pillars is one of the finest tourist attractions in Hampi. Towards the east of the hall you can find the famous Stone Chariot which has real revolving stone wheels. The great mandapa on a richly sculpted basement stands opposite the shrine. There are pillars of granite that support the roof, around 15 feet in height. The central pillar is flanked by detached shafts and all of them are cut from one single block of rock. 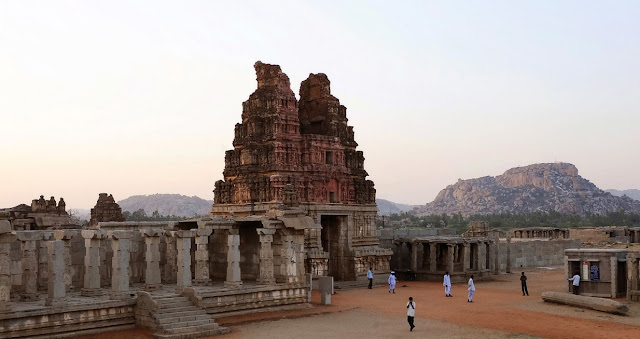 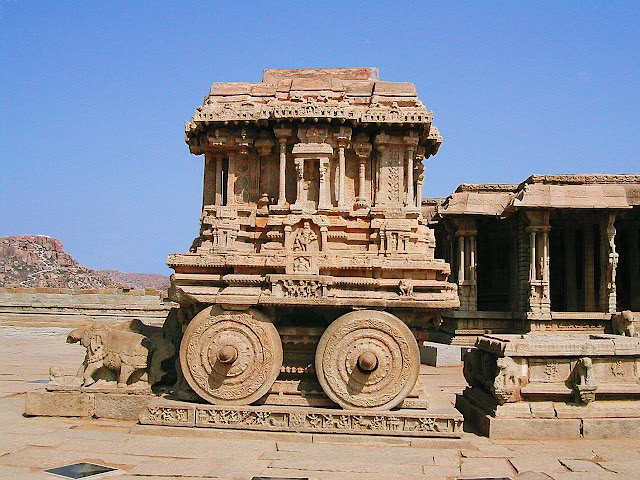 House of Victory: Constructed to honor the victory of Krishnadeva Raya against the King of Orissa, it has internal spaces between the rows of the plinth-moldings that are most intricately carved.
Hazara Ramaswami temple: This was the private place of worship of a royal family. The chief attraction of the temple is the illustrations of scenes from the Ramayana etched on two of the inner walls of the mantapa.
King’s Balance: This is where kings were weighed against money, gold, or grain, which was afterwards distributed amongst the poor. 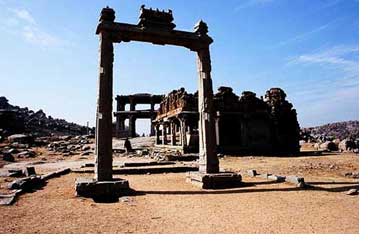 Lotus Mahal: Molded in the form of a lotus flower, the two-level structure of the Lotus Mahal flaunting stunning archways, geometrically arranged, used to be an air-cooled summer palace of the queen. 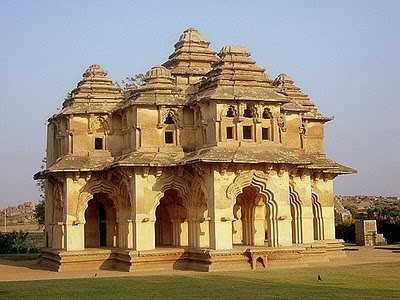 Elephant Stables: Home to around 11 elephants in separate sections, this is a beautiful instance of the amalgamation of Hindu and Muslim style of architecture.

Mahanavami Dibba: This is a wooden structure from which the royal people viewed the town with pomp, colour and revelry during the famous Mahanadu festival.

The Vijayanagar Festival is one of the major tourist attractions in Hampi and it is organized by the Government of Karnataka in the month of December. Also the Purandar Festival is a major crowd puller.
Fast Facts
Area : 26 sq km
Altitude : 1,547 metres above sea level
Languages : Kannada and English
Best time to visit : October to March
STD Code : 08394
How to Reach Hampi
By Air: The most convenient airport from Hampi is Belgaun (190kms). Several airlines operate regular flights connecting Belgaun with prominent cities in south India. Bangalore (353kms), the capital of Karnataka also serves as a well-located entry point for Hampi.
By Road: A good network of roads connect Hampi with other important tourist attractions in Karnataka. Bangalore lies only 350kms (approx) away and one can easily drive own to Hampi from here. Places like Hassan, Hospet, Mysore are also well connected with Hampi.
By Rail: The nearest railhead from Hampi is Hospet (13kms). Hospet is connected to Bangalore, which is in turn linked to the major Indian cities like: Chennai, Kolkata, Delhi, Mumbai and other prominent tourist attractions across the length and breadth of India.