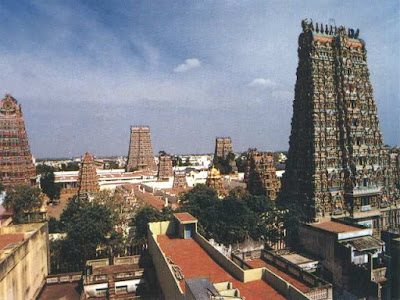 Madurai is an exquisite city which is most popular for its marvelous temples that are magnificent examples of rich architecture and breathtaking sculptural works. Madurai is located in Tamil Nadu and attracts numerous tourists all the year round by its inescapable charm. There are many tourist attractions in Madurai that are reminiscent of the rich culture and heritage of this town during the ancient and medieval ages. Some of the important Madurai tourist attractions and their descriptions are given in brief below.

History of Madurai
According to legend Madhu (divine nectar) was showered from the locks of Lord Shiva and that is how Madurai gets its name. Madurai is mentioned in Megasthenes' Indica as old as the 3rd century BC. The glory of Madurai reached its peak, during the reign of the Cholas and then during the Pandya regime when Madurai was the capital of the Pandya kings in the 13th century. Madurai has retained its cultural heritage. The city was the home of such illustrious institutions as the 'Sangam', which revived and nurtured great works of Tamil poets and artists
Tourist Attractions in Madurai
Sree Meenakshi Temple: It is one of the most prominent among the temples of Madurai. It is dedicated to Lord Shiva who was known here as Sundareshvara and his wife Parvati or Meenakshi. This temple was built by Kulasekara Pandya and the most impressive feature of this temple is the 12 gopurams. It also has soaring towers that stand on the granite bases and have stucco figures of deities, mythical animals and monsters tinted in vibrant colors. 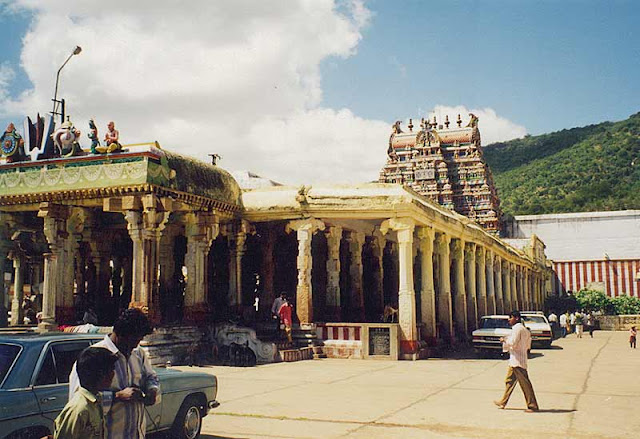 Thirumalai Nayak Palace: It is a magnificent palace that was built by King Thirumalai Nayak with valuable assistance of an Italian architect in the year 1636. The palace had two parts known as Swargavilasa and Rangavilasa. You will come across theatre, shrine, apartments, armory, palanquin place, royal bandstand, quarters, pond and garden while taking a stroll inside this imposing palace. 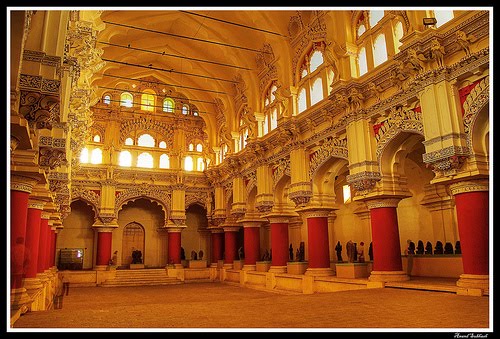 Palamudhirsolai: Tourists can also visit Palamudhirsolai which is considered to be the abode of Lord Subramanya. There is a natural spring near this temple. 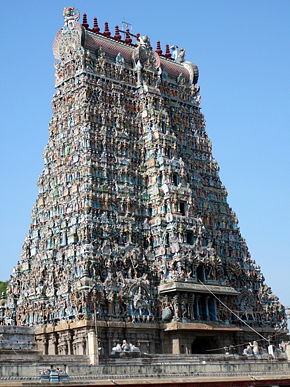 Gandhi Museum: This is the most distinguished among the tourist attractions in Madurai and is a living memorial of Mahatma Gandhi. This museum houses photos, paintings, sculptures, manuscripts, quotations, and some articles that were used by him. 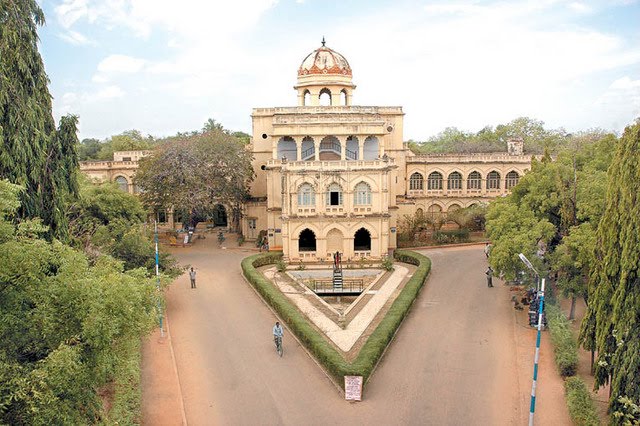 Mariamman Teppakulam: It is also among one of the many things to watch in Madurai and is located at a distance of 5 km to the east of Meenakshi temple. There is a tank having an idol of Vinayaka which is located on a platform in the centre. It is also a venue of the temple's annual Teppakulam float festival which is celebrated with huge zeal and excitement. 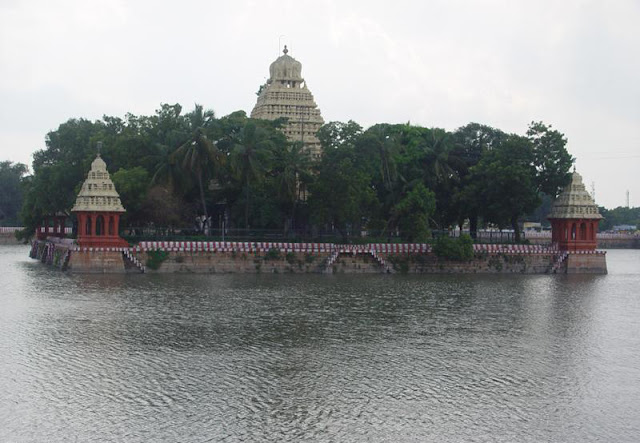 Thirupparankunram: Tirupparankundram is famous for the Pandyan rock-cut shrines that date back to the 8th century that later came to be known as the Nayaka Hindu temple. You will find a wide range of Hindu deities carved on the walls on your visit to this temple. Located on the top a hill, people believe that it is one of six abodes of Lord Subramanya. 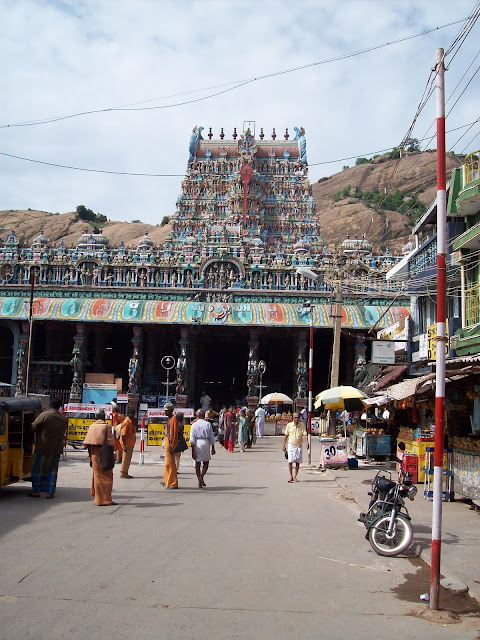 Festivals in Madurai
Festivals are celebrated in all twelve Tamil months at Madurai Meenakshi temple. Some of the popular festivals are Chithirai festival celebrated in the months of April - May and Avanimool festival celebrated in the months of September - Ocotber. Other important festivals are the Navarathri Festival and the Float Festival celebrated in the months of January- February.
Excursions from Madurai
Excursions from Madurai can be made to quite a number of interesting places around Madurai.If you want to have a picnic, then you should make a trip to the beautiful Vaigai dam, 69 km from Madurai.If you prefer going to the hills, then the best option would be the popular hill resort Kodaikanal, about 120 km from Madurai.For the wild life enthusiast and the adventure seeker, there is the Periyar Wildlife Sanctuary situated at a distance of 155 km from Madurai.
How To Reach Madurai
By Air: Indian Airlines connect Madurai with Madras, Calicut and Bombay. Vayudoot Services also connect Madurai with Madras & Pondicherry. East West Airlines also connect Madurai with Bombay.
By Rail: Madurai is Connected by rail via Madras with all the main places in India.
By Road: Madurai is connected by good motorable roads to Madras (472 kms), Trichy (142 kms), Rameshwarm (139 kms), Kanyakumari (232 kms), Tirunelveli (151 kms), Kodaikanal (120 kms), Periyar Wildlife Sanctuary (136 kms), Palani (122 kms), Thanjavur (223 kms), Bangalore (446 kms), Bombay (1454 kms).
Next Post Previous Post
Tamil Nadu