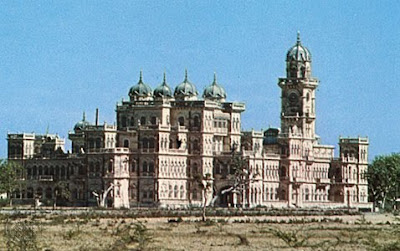 Jamnagar is an industrial city located in the state of Gujarat. It was founded by Jam Raval in 1540 AD, who chose it to be the capital of his kingdom. The initial name of the city, located on the confluence of the two rivers Nagmati and Rangmati, was Nawanagar. Most of the construction in the city was done by Maharaja Kumar Shri Ranjitsinhji in 1920s. The famous cricketer Jam Ranjitsinhji also belonged to the royal family and was the Prince of the region.

When he acquired the throne, he contributed immensely to the growth and development of Jamnagar. He employed European town planning techniques to restructure the new parts of the city. He was advised by Sir Edward Lutynes, architect of New Delhi. Jamnagar was transformed using urban design elements. Structures like axial roads, arcades, markets, entrance gates, clock towers; town square, parks, gardens and residential plots were added to the ancient city.
Apart from this, the city is also dotted by many religious shrines. This has made it an important spiritual center. For this matter of fact, Jamnagar is also known as 'Chhoti Kashi'. Besides, the city is a hub of big industrial houses. India's largest private company, Reliance Industries has established one of the world's largest refineries at Moti Khadvi village. Essar Oil, another big refinery of the country, also comes from Jamnagar.
Jamnagar Tourist Attractions
Jamnagar was once a fortified town enclosed within walls and the rulers contributed significantly to the heritage of the place. Today, the city stands dotted by a number of monuments built during the ancient era. The architecture of Jamnagar, being a blend of Rajput and European styles, is awe inspiring. There are also a number of temples in Jamnagar, which are the main attraction for the people coming on sightseeing tours. The royal buildings in the city are eye catchy and are liked by one and all. A tour of the Jamnagar city is definitely a splendid experience.
Dwarkadhish Temple: Dwarka city is located in the Jamnagar district of Gujarat. It is one of the most ancient cities in India and houses the famous Dwarkadhish temple, which is one of the biggest Hindu pilgrimage places in India. The city was also called Swarna Dwarka (golden Dwarka) because of its prosperity. 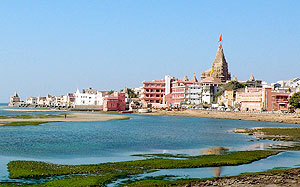 Bala Hanuman Temple: Bala Hanuman Temple is a pilgrim place venerated by the devotees of Lord Ram. It is a world famous temple, known for the continuous chanting of Jai Ram, Shri Ram. The chanting is going on since 1964 and has found a place for it in the Guinness Book of World Records. People chant the name of the Lord in shifts, 24 hours a day. 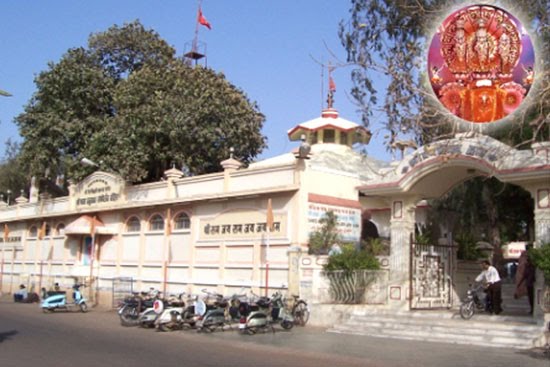 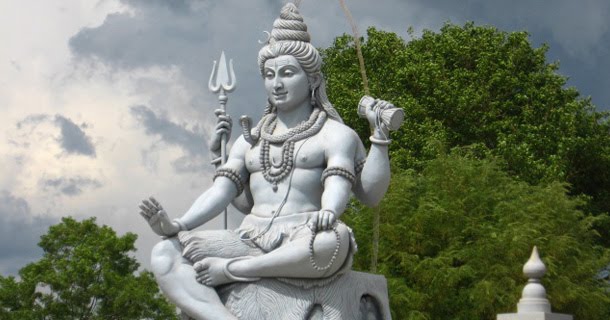 Jain Temples: Jain temples are the joy of the old city of Jamnagar. These wood and stone magnificent buildings are adorned with pastel colored shutters and wooden balconies. The main Jain temples of the city have been mentioned below. 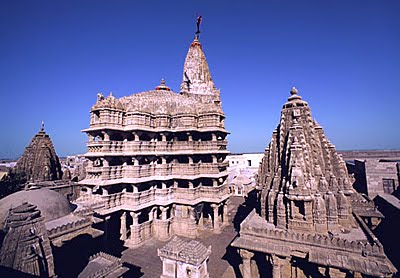 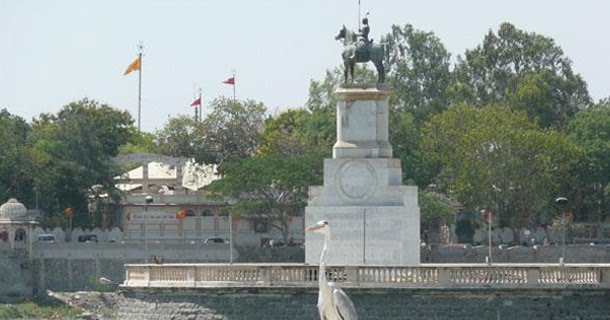 Towers and Gates: The only remains left of the fortified town of Jamnagar are the two towers of Mandvi & Pancheshwar and the Khambhalia & Grain Market Gate. Apart from this, there is some part of the wall surrounding the city which can be still seen. It was built in the 17th century by Wazir Meraman Khawas, also known as Meru Khawas. He is said to be a very powerful dictator, who ruled over Jamnagar between 1744 and 1800 AD. 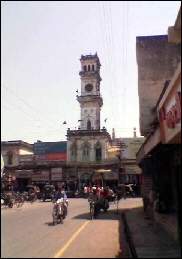 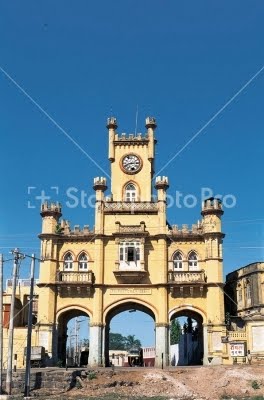 Solarium: Solarium is a one of its kind structure in entire Asia. It is also known as Ranjit Institute of Poly-Radio Therapy and is mainly known for the treatment of skin diseases. It is a revolving tower which provides full daylong sunlight for the treatment. It was built by Jam Shri Ranjitsinhji with the help of an expert from France. 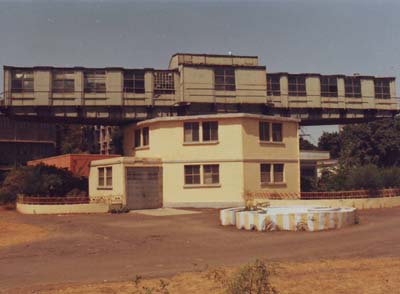 Darbargadh: Darbargadh was the original residence of the Royal family of the Jams. The architecture of the Palaces is a blend of Rajput and European styles. One needs to seek permission for visiting the royal palaces. Apart from the Palaces, Jam Ranjitsinhji patronized two important urban design projects in front of the Darbargadh, namely Wellingdon Crescent and Chelmsford Market. It is a two storey arcade with semi-circular arches, decorative pilasters and balusters on the parapet. The statue of Jam Saheb stands in the center of the structure and the royal emblem of the Jam saheb crowns the crescent. 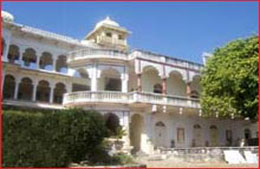 Lakhota Museum: Lakhota Museum is located in the center of the Lakhota Lake. It was initially a palace, which was converted into a museum in 1946. The walls of the museum are adorned with fresco paintings, depicting the war scenes from battle fought by the Jadeja clan. The museum contains 10th century excavated artifacts, like copper plates, statues, etc. A holy saint's Dargah is also there. You can also enjoy boating at Lakhota Lake for memorable experience. Both motor boats and paddle boats are available here. 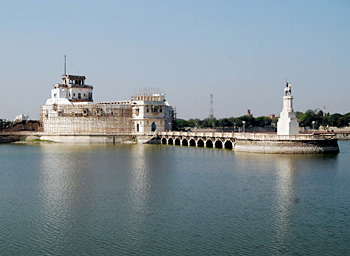 How to Reach Jamnagar
Jamnagar is one of the major cities in Gujarat. It is known for its beautiful buildings and their exquisite architecture. As the city is an important trade center, it is well connected to the rest of the country via various means of transport. A number of corporate big-wigs have established their industries here. Apart from this, Jamnagar also has a lot to offer to the tourists. In order to explore the city you should know how to reach there. Traveling to Jamnagar is convenient, owing to its good connectivity via road, train and plane.

By Air: Jamnagar is accessible from all the major parts of India and reaching here by air is no problem. Its airport is situated at distance of 10 km from the city. There are daily flights to Mumbai from the Jamnagar airport. Indian airlines, with other private airlines, link the city with other the important cities of the country.

Domestic Airlines
The following domestic airlines can be taken for getting to Jamnagar.
• Jet Airways
• Indian Airlines
• Air Sahara
• SpiceJet

By Road: Jamnagar has a fairly good network of roads and is even well connected via National and State Highways. There are intra state buses running between Rajkot, Porbander, Bhuj, Bhavnagar, Ahmedabad, Baroda and Surat. The State Transport Corporation runs several buses at a regular interval to all the major cities and towns of Gujarat as well as other states of India. There are also private coaches that provide connectivity with all the comfort.