The ancient Ajanta Ellora caves in Aurangabad , carved out of solid rocks by human hands, are situated in Maharashtra.
The 34 caves at Ellora and 29 at Ajanta are an architectural masterpiece which depict ancient India's rich cultural heritage.
The caves could have remained hidden from the world as they did for thousands of years, but thanks to a British Army Officer, John Smith who discovered them accidentally in 1819 while on a hunting expedition in the area.
Tourist Attractions in Ajanta Ellora Caves
The Ajanta Caves which depict the history of Buddhism between 200 BC to 650 AD have been designated as a World Heritage Site.
The caves were mainly built as a worshipping and residing place for the Buddhist monks.
The beautifully carved sculptures and paintings on the walls of these structures depict Buddha's life and also his lives in the previous births as detailed in the allegorical Jataka tales.
Other images such as court scenes, street scenes, animals and birds have also been ornately done.
Five of the caves are chaityas or prayer halls and the rest are viharas or monasteries.
Ajanta Ellora Caves In Aurangabad - The caves which are not numbered chronologically but in terms of access present the thoughts of two different schools of Buddhist followers, the Hinayana who depicted Buddha in the form of symbols like the stupa, a set of footprints or a throne and the Mahayana sect which gave Buddha a human form.
In ancient times, each cave was accessed from the riverfront by individual staircases whereas now a terraced path has been built for tourists.
Ellora Caves
The Ellora caves, one of the finest specimens of ancient Indian culture, are carved out of a basaltic hill, 30 km from Aurangabad.
Unlike the Ajanta caves, the Ellora caves remained a main attraction for people over centuries, largely because they lay on a more frequented route. Out of the 34 caves, 12 are Buddhist lying on the far right, 17 are Hindu in the centre and 5 on the left are Jain caves.
Not too far away in terms of distance from Ajanta, the Ellora caves are known more for their architecture rather than sculptural aesthetics, as in the case of the Ajanta caves.
The Buddhist Cave 12 or the Tin Tala is a three storeyed structure which is very simple looking with unadorned pillars and the sculptured panels only on the inside walls, but its value lies in the fact that it was carved out of solid rock completely by human hands using simple stone tools.
Pearls India PackagesAnother major attraction of the Ellora caves is the Kailasa temple or cave 16 which is the largest monolithic structure in the world, believed to have been started by the Rashtrakuta king Krishna I. 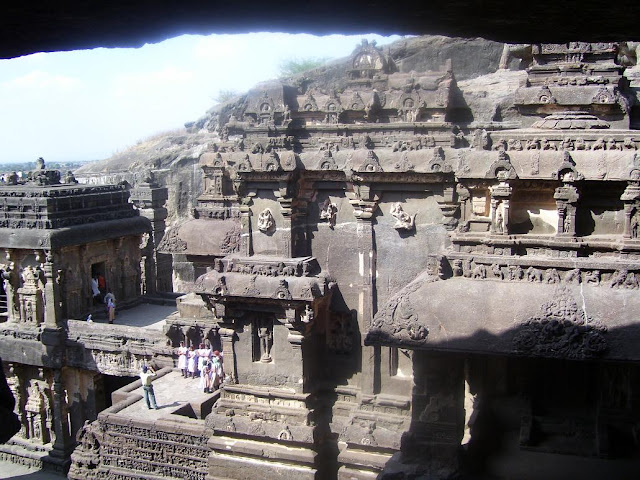 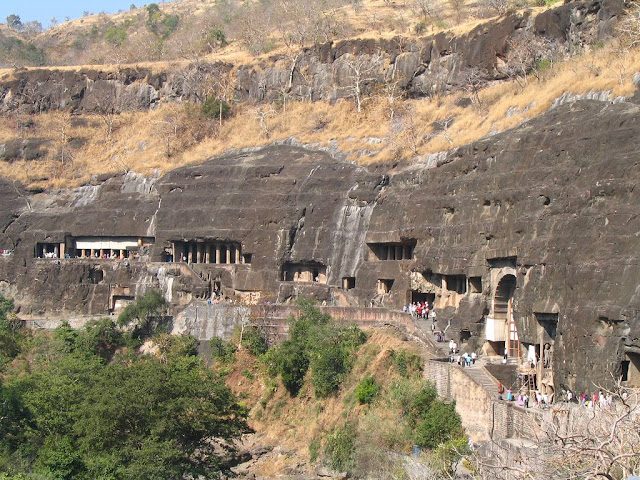 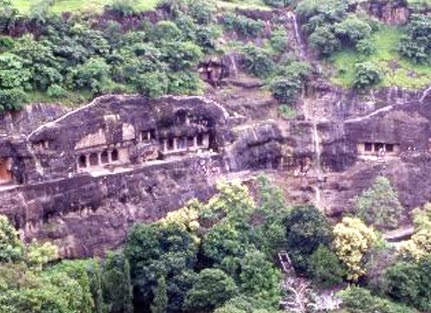 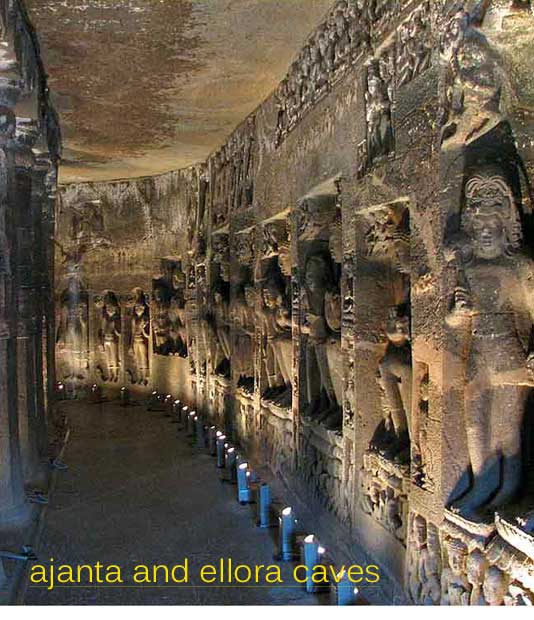 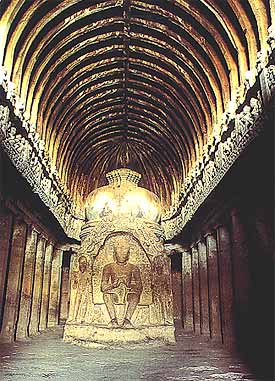 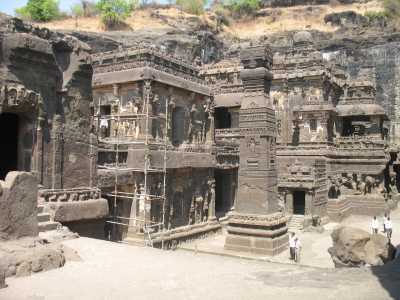 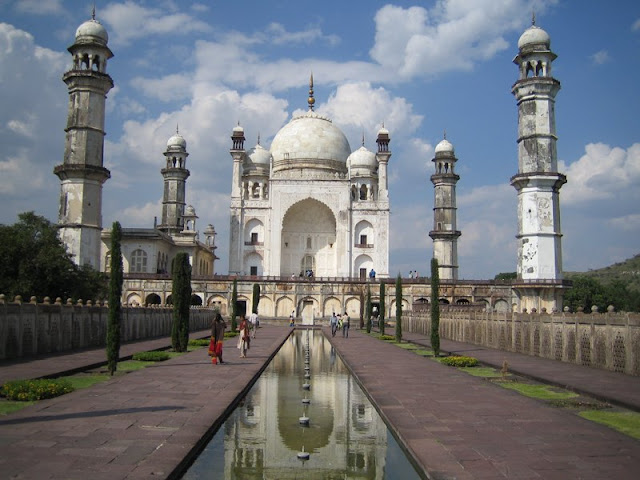 Tourst Attractions in Ajanta Ellora Caves
Grishneshwar : Though there are lots of tourist attractions in Ajantha Ellora Caves, the very famous spot is Grishneshwar which is the Shiva Temple is one of the twelve holy Jyotirlings of Lord Shiva, spread across the country. The temple situated a kilometer from the caves is deeply revered by the Hindus. 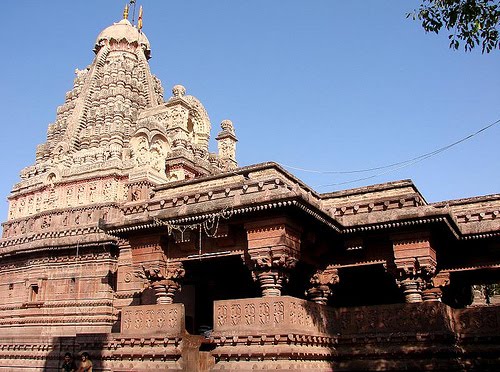 Khuldabad : Situated at a distance of 3 km from the Ellora caves, the little town of Khuldabad is a holy place for the Deccan Muslims. It is also the final resting place of the Mughal emperor, Aurangzeb. 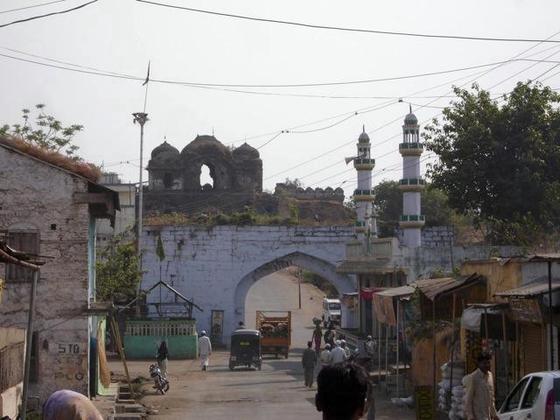 Daulatabad : The another important tour spot is Daulatabad, whihc is the hill fort of Daulatabad, a stronghold of the Hindu dynasty of the Yadavas is situated about 13 km from Ellora. Earlier known as Devgiri, it was renamed Daultabad by Sultan Mohammad Bin Tughlaq in the 12th century. 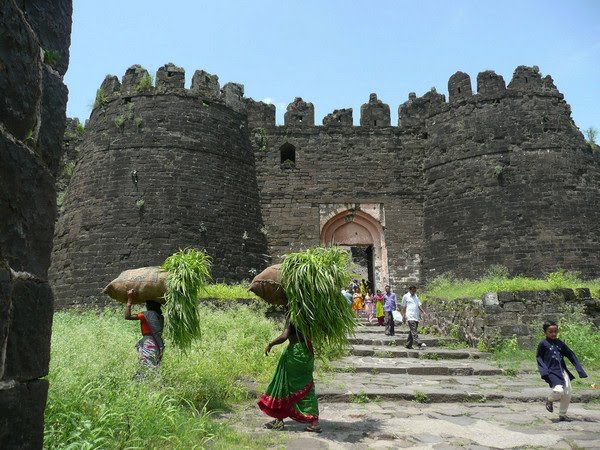 The season extends all round the year. Although the best season to visit Ajanta and Ellora is from October to March.

Hotels are available to suit all budgets at Mumbai, Pune, Aurangabad, Ahmednagar, Dhule, Nasik, Shirdi, etc. The Maharashtra Tourism Corporation Holiday resort near Aurangabad railway station, the Ajanta travellers lodge at the caves and the M.T.D.C. Holiday resort at Fardpur (4 Km from Ajanta) provide clean and comfortable accommodation.
How to Reach Ajanta Ellora Caves
By Air : Chikalthana Airport located at Aurangabad (106 km) is the nearest airport. It is connected through regular flights with all major Indian cities including Mumbai, Delhi, Jaipur and Udaipur.
By Rail : Jalgaon (59 km) is the nearest railhead from where express trains are available to reach Mumbai and Delhi. Aurangabad is another important railway station which connects to all the major cities of the country including Mumbai, Delhi, Agra and Bhopal.
By Road : The Tourist Attractions in Ajanta Ellora Caves can be accessed via Aurangabad which is well connected to all neighbouring cities by state run buses.