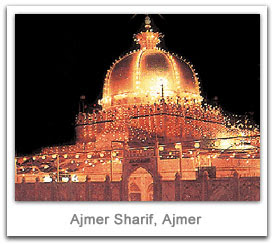 Ajmer History
The town of Ajmer was founded by Ajay Pal Chauhan in the 7th century. He established Chauhan dynasty. His sovereignty continued to rule the city until the famous romantic courteous valiant King Prithvi Raj Chauhan finally lost the city to Mohammad Ghauri, the founder of Delhi Sultanate, in 1193. After paying heavy tribute to conquerors, the city was handed over the Chauhan rulers. The town of Ajmer was captured by the ruler of Mewar in 1365. Later the city of Ajmer became a cause of controversy between the maharajah of Mewar and Marwar. Finally Ajmer was conquered by the ruler of Marwar in 1532. In 1559 Ajmer was conquered by Mughal emperor Akbar - the great. Ajmer has seen several attacks by several dynasties. It was also ruled by Marathas. In 1818 it was sold by Marathas to British for 50000 rupees. The British founded the famous Mayo College, a prestigious school, in 1875. Ajmer was also associated with a great Sufi Saint Khwaja Moinuddin Chisti who came to Ajmer from Persia at the end of 12th century.
Tourist Attractions in Ajmer
Tourist Attractions in Ajmer, India should be visited because of the fact that Ajmer not only offers visual pleasures but also a whole lot of informations that satisfy the quest of the travelers and historians alike. Based in the middle of the Aravallis, and the Ana Sagar Lake, Ajmer has been one of the popular Touring Destinations in Rajasthan. The city is also drained by the tributaries of the Luni and Banas Rivers.
Apart from its historical significance and easy accessibility, Ajmer is also visited for it has a number of tourist attractions to offer. The most popular Tourist Attractions in Ajmer include the following:
The Dargah of Hazrat Khwaja Moinuddin Hasan Chisti: It is one of the chief Tourist Attractions in Ajmer. It is the mausoleum of the famous Sufi Saint of the thirteenth century. It is also referred to as the Ajmer Sharif. 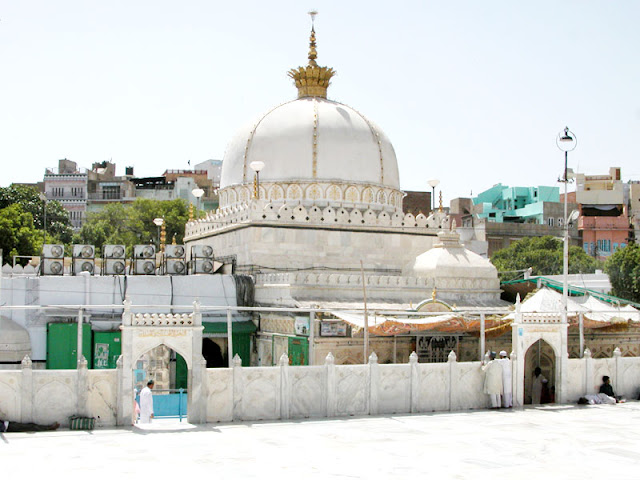 The Taragarh Fort: Built in the seventh century by the founder of Ajmer (Ajaypal Chauhan), the fort stands atop a hill and provides a view of the entire city of Ajmer. 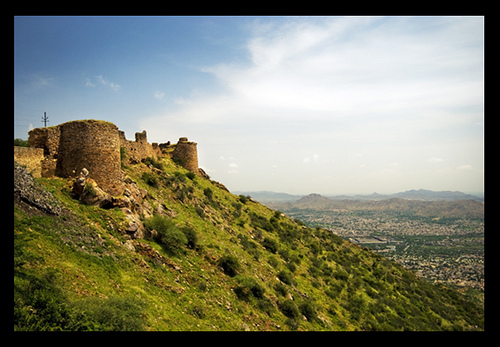 The Adhai-Din-Ka-Jhonpra: This mosque, built by Alauddin Khilji (the ruler of the Khilji Dynasty under the Delhi Sultanate), is one of the perfect examples of Muslim Architecture. 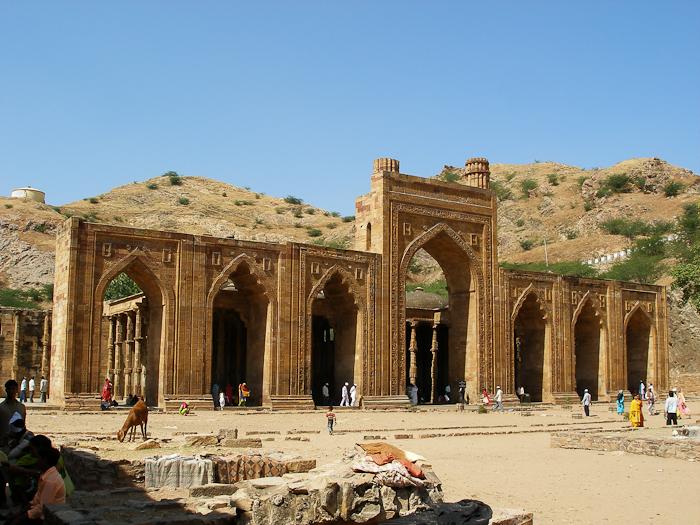 The Ana Sagar Lake: Anaji, after whom this beautiful lake has been named, was built by him between 1135- 1150 A.D. The lake was beautified later by the Mughal Emperors. 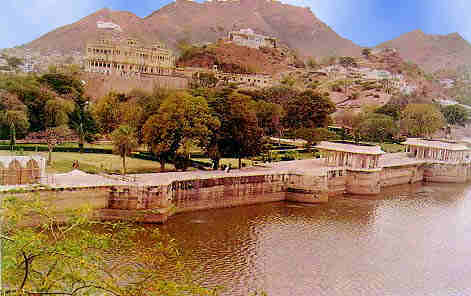 The Baradari: This grand marble palace was built by Mughal Emperor Shah Jahan. 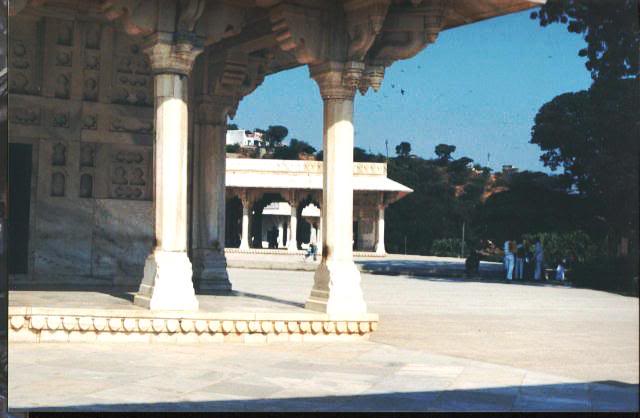 The Daulat Bagh: Jahangir is the Mughal Emperor who is credited for creating these glorious gardens in Ajmer. 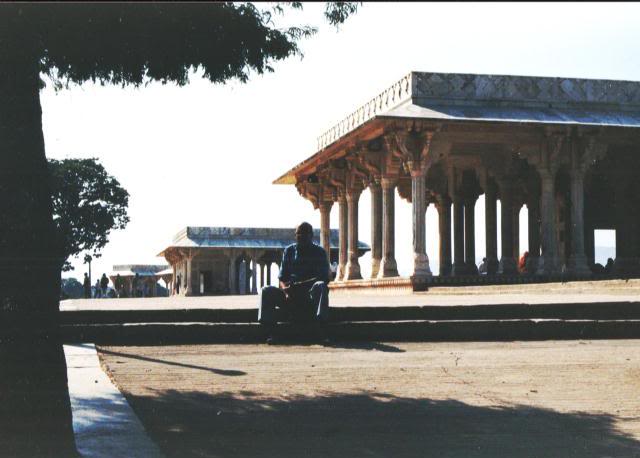 The Palace of Akbar: Built in 1570 A.D., this palace of the legendary Mughal 'Baadshah', is a massive fortified structure located close to the Railway Station of Ajmer. Today, the palace houses a museum that exhibits items like weapons and armor used in medieval times, stone sculptures, and miniature paintings. 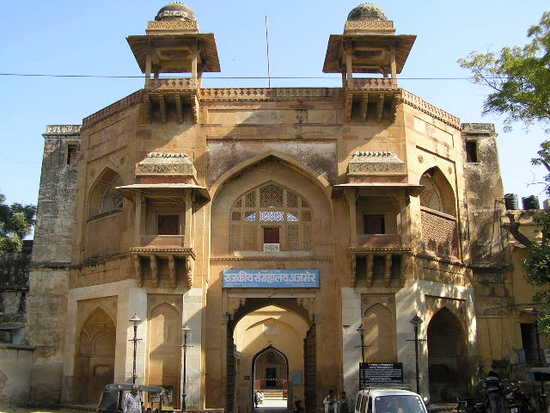 The Kishangarh Fort: Situated 27 kilometers away from Ajmer City, this Fort, consisting of a huge moated wall, was constructed by the Rathore King, Maharaja Roop Singh in 1653 A.D. 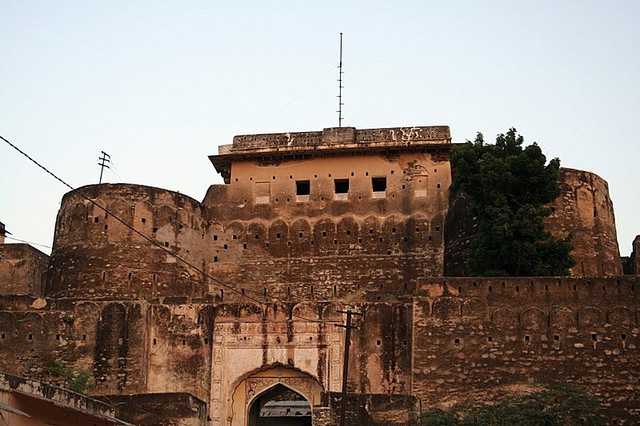 The Solahkhamba: This is a tomb of Sheikh Ala-al Din Khan, the person behind 'Ajmer Sherif'. This tomb, having sixteen pillars, is situated in the vicinity of the 'Dargah'. 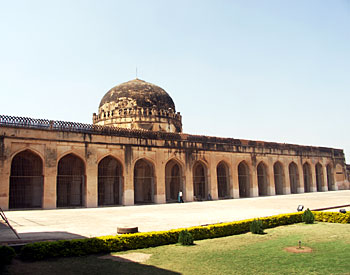 The other Tourist Attractions in Ajmer include the Tomb of Abdullah Khan, the Badnor Fort, the Mayo College, the Sawai Bhoj Temple, the Mahadev Temple, the Jhulelal Temple, Mosque of Emperor Shah Jahan, and the Man Mahal.
Furthermore, the city of Ajmer has a reputation for celebrating numerous festivals throughout the year. Since these Festivals in Ajmer cater to the interests of all religions, Ajmer is visited all the year round by people from all parts of the world.
As a result tourists prefer making Ajmer as their base, since the city offers a wide range of transport facilities. So, moving from Ajmer to other parts of Rajasthan is not a problem at all. Moreover, Ajmer also ensures easy availability of essential commodities like food and medicines that one might look for while on a tour.
Hence, Sightseeing in Ajmer would certainly be a one to cherish.
Shopping in Ajmer
Marketing is a part and parcel of any tour whatsoever. Visits to the various tourist spots are probably the chief reasons why tourists travel at all; but the shopping sprees on your tour allow you to take home a piece of the respective places you are visiting. Souvenirs, little knick knacks and handicrafts bought from various stores on you tour to India will live on as keepsakes for future. Shopping in Ajmer is one of the alluring tourist activities embarked upon by the visitors.
Your tour to Ajmer - one of the prime tourist attractions in India, will offer you the scope to explore the various examples of art and architecture. However, the city, just like most other tourist destinations in India, tempts you to go on a major shopping binge. If you are in a dilemma regarding what to buy in Ajmer, you have a huge variety of options. Local crafts, gold and silver jewelry, handloom and block printed textiles, brass utensils, bangles, woodcrafts, silver souvenirs, leather belts, hand embroidered cloth bags bandhini textiles and hand embroidered shoes or mojaris are some of the numerous buyable items in this city. The 'Ittar' (perfume) is a major specialty of Ajmer.
The most popular shopping areas housing the main shops in Ajmer are Purani Mandi, Naya Bazaar, and Kaisarganj. Ajaymeru Udyog Crafts Mela offers an interesting shopping culture allowing you to purchase trinkets and Ajmer specialities from the fair. During the six-day Urs festival shopping in Ajmer takes on a special meaning. The bazaars are filled with multi-colored clothes, leather items from the Tilonia village and miniature paintings from Kishangarh other than the profusion of wood carved products on your shopping trips to Ajmer. The Govt. Emporia or souvenir shops in Ajmer run by Rajasthan Tourism are some of the most dependable places to realize your interests of shopping in Ajmer.
Now that you are cognizant about what to buy in Ajmer, on you trip to Ajmer - one of the favorite tourist attractions in India, schedule a holiday and allow us to see you through your trip.
Best time to visit Ajmer
The best time to visit the Dargah is during the annual Urs of Moinuddin Chishti in May. Even if you’re unable to make it to Ajmer for the Urs, time your visit for the winter instead- summer all across Rajasthan means hot, dry weather which can take some getting used to. Winters are much more pleasant and comfortable.