Jaipur is a historic city in the erstwhile Rajput bastions of Rajasthan in western India. The region was always known for brave Rajput warriors who stood up repeatedly against foreign invasions. Jaipur was the capital of the estate owned by the Kacchawa rulers, and it still enjoys the same status as the capital of Rajasthan. Tourism in Jaipur provides livelihood to a large percentage of the local populace, especially the craftsmen and traders of handicrafts, for which the city is famous. The Jaipur tours include sightseeing trips to the tourist attractions in Jaipur. Shopping in Jaipur is also a popular activity during the Jaipur tours.
Jaipur – Major Tourist Attractions:
Hawa mahal : The pink city, as Jaipur is called is synonymous with the Hawa mahal. Literally meaning the wind palace, this magnificent and unique building is one of the major tourist attractions in Jaipur. It was meant to conceal the women while they could observe the processions during the festivals in the city. Panoramic views of the city can be observed from this palace.
Amber Fort : Built over two centuries, this fort is a must watch structure in Jaipur. The fort has many interesting sites within its walls, including beautiful temples and richly adorned palaces. The fort is situated on a hill top and offers splendid views of the city, especially after sunset. The outdoor architecture of the fort signifies a blend of Rajasthani and Mughul styles. The murals, beautifully adorned pavilions, paintings, and the intricate mirror works are the major attractions in the Amber fort. The fort is undoubtedly one of the highlights of tourism in Jaipur. 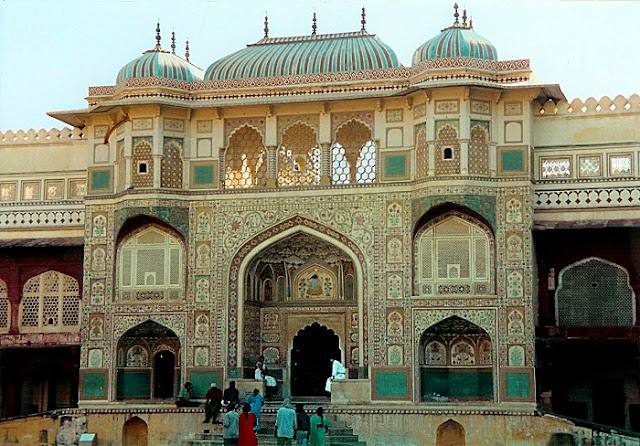 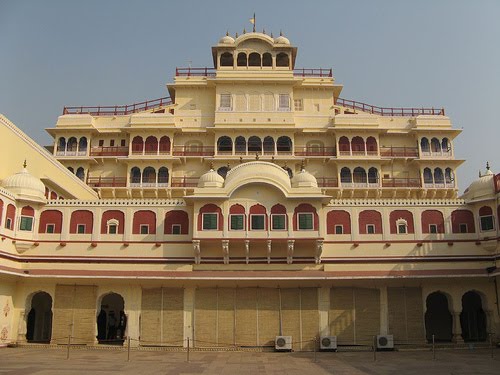 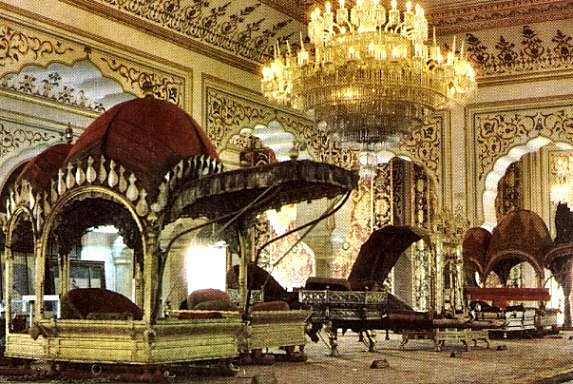 Jantar mantar : This medieval observatory is an amazing example of the scientific achievements of the age. The complex was built on the orders of Maharaja Sawai Jai Singh, who was an avid astronomer. The complex has huge structures which serve as observation posts for the major astronomical events. It is included by all the Jaipur tours in their itineraries. 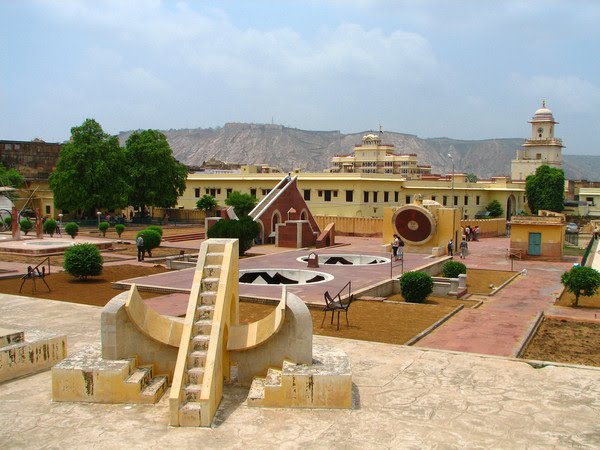 Jaipur Lake Palace: From the road between Jaipur and Amber Fort, you will see the beautiful Jal Mahal (Water Palace) which is located in the middle of Man Sagar Lake. The palace was built by Madho Singh in the 18th century. The palace looks best when the lake is full and you can catch a reflection in the water. Unfortunately the palace is closed but it is still a very pretty site. 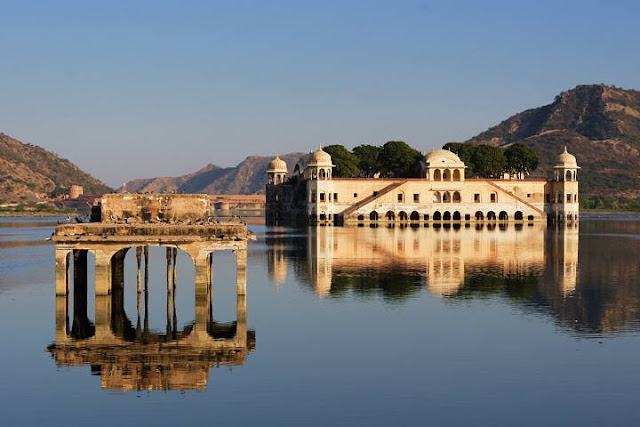 There are many other famous tourist spots in and around Jaipur. These include Nahargarh Fort, Jaigarh Fort, Sisodia Rani Park, Lakshmi Narayan Temple, Rambagh palace, Kanak Vrindavaan, and Rajmahal Palace. The bustling markets of Jaipur, including Bapu bazaar, Naehru bazaar and Johuri bazaar offer wonderful opportunities for shopping in Jaipur.
Best Time to Visit Jaipur
Essentially, Jaipur is a hot place dominated by three main seasons. The summer season persists from Mid-March till June, Monsoons continues from July to September and Winters from October to March. During summers, the temperature rises to 45°C with the minimum of 25.8°C. With such high temperature, it is not preferable to visit the place during summers.
One cannot plan to go for sight-seeing in the scorching sun of summers. Being located in a desert area, the climate of Jaipur is dry and hot. Monsoons too doesn't relief the dry city as Jaipur receives very low rainfall. Winter season is the best time to visit Jaipur. The temperature touches maximum to 22°C and gets down to the extent of 5°C.
In winters, one can enjoy the regal city of Jaipur to its full. The spectacular views offered by the ancient monuments of the city fascinate the visitors. The city looks awesome in the winter evenings when it gets covered with fog. Jaipur offers rich food with lots of butter and ghee, which is best enjoyable in the winter season. To put succinctly, the best time to visit the incredible Jaipur is between the months of October to March.
How to reach Jaipur
By Air: Jaipur has an airport called Sanganer, 15 kms from the city, which connects Jaipur to all major airports in India through direct flights. It has regular flights to Delhi, Kolkata, Mumbai, Ahmedabad, Jodhpur and Udaipur.
By Rail: Jaipur has a railway junction, which connects Jaipur with the metros and all the major cities of India. If you want to experience a truly royal ride, then you should take the train 'Palace on Wheels', which leaves from Delhi and connects a number of tourist attractions. If you prefer a more economical travel, then you can opt for the Pink City Express from Delhi. Other trains are the Shatabdi Express and the Intercity Express.
By Road: It is convenient to travel to Jaipur by road. Regular government buses and private luxury buses are available.
Next Post Previous Post
Rajasthan